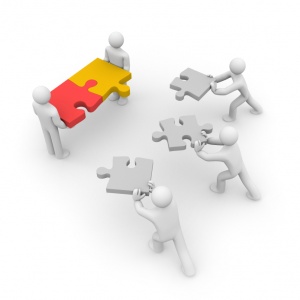 In a constant state of flux, the American health care system has struggled to exist in the present since the introduction of Medicare in 1965.  Both in terms of medical care and its delivery, our nation’s health care system must continually evolve if it is to keep up with advances in science, technology and the treatment of disease, as well as the way we access these advances. As a result, each generation’s health care must balance providing that which has come to be expected with the need to expand coverage and modern methods of care.  As a nation, we depend upon those in highest office to monitor such changes, adding provisions where applicable and paring down what is no longer practical. Much of the divided nation fears that come January 20, 2017, Barack Obama’s legacy, the Affordable Care Act, may find itself vulnerable to a single stroke of the pen, potentially leaving millions of Americans without meaningful access to medical care. Others will celebrate as Donald John Trump accepts the role of 45th President of the United States. The only immediate certainty for modern American health care is that both sides will continue to argue whether the Affordable Care Act is a frivolous luxury or a social necessity.

The End of Health Care, Again

These prophecies of domestic medical Armageddon espoused by many Americans as inauguration day approaches are certainly nothing new. Over the past 60 years, health care propaganda has often shown a dramatic flair, foretelling its own impending demise. In 1954, an article in Fortune Magazine associated advances in medicine with the end of the physician as the nation once knew.  In 1986, an article in Health Affairs suggested that changes in health care could shutter as many as 1,000 hospitals before 1990.

In 1987, during a period in which Medicare transitioned from a cost-based to a prospective payment system, the Sacramento Bee criticized the media for its description of American medicine as being on the verge of decay, and the House subcommittee blamed the DRG system for placing the elderly at great risk. More recently, just 13 months after President Barack Obama signed the Affordable Care Act into law, the New York Times enumerated the inefficiencies of American health care, within which patients seemingly grew sicker, treatments became purportedly more complex, and overall health fell into a state of decline, while the army of our nation’s doctors behaved less like their benevolent Santa Monica based television equivalent, Marcus Welby, M.D., and more like disgruntled automotive technicians facing frightening futures in Flint, Michigan. When dealing with issues of health, change is always disconcerting.

In 2007, a leader from the same political party that now threatens to repeal the Affordable Care Act tried with some success to make the term “Obamacare” pejorative in its early days. Ten years later, politically-driven fear over the end of “Obamacare” has stirred the nation into a frenzy over the supposed 30 million newly uninsured living in soon-to-be bankrupt state health care systems. History shows that the resilience of health care in the United States should not be underestimated even in its purported darkest hours, as the system combines institution with entitlement in its effort to remain accessible to everyone, though geographic disparities in quality continue to expand.

While the provision of health care is not technically a Constitutional right, certain elements at the heart of our current system have earned honorary status. The elimination of preexisting conditions, drastic modifications to arbitrary limits in coverage, premium parities and coverage for children/young adults up to the age of 26 are just a few of the modern-day tenets that local, state and federal politicians dare not challenge. That said, the estimated annual $190 billion price tag on lost earnings due to issues brought about by mental health challenges alone illustrates the extent to which America’s health care system is bleeding, both in terms of funding and its ability to offer care where needed. For the one in five Americans experiencing any type of mental illness, including the six percent of the population living with a severe mental illness and the two out of three who avoid treatment due to cost, mental health parity laws may just be the answer. Eliminating the Affordable Care Act and the sturdy anchor it brought to the 2008 Paul Wellstone and Pete Domenici Mental Health Parity and Addiction Equity Act, not to mention the added billions of dollars in funding it currently directs toward states, may actually make it not okay to not be okay.

With the benefit of nearly seven years of historical hindsight, it appears that some aspects of the Affordable Care Act work better than others. The complexities added to the Medicare program, for example, prove both impressive and daunting.  Unfortunately, between the Hospital Value-Based Purchasing Program, the Hospital Readmission Reduction Program, the Physician Merit-Based Incentive Payment System, electronic health records and most of HIPAA, health care in its 2017 iteration is no easy pill to swallow. In the midst of such confusion, it may be time for the Federal Government to reconsider the scope of its push toward performance-based reimbursement over its cost-based counterpart. Likewise, even with the crippling effects of fraud, abuse and waste on the national health care budget, some of the Stark laws and Federal Anti-kickback statutes that seek to minimize these losses have been known to cause dizzy spells to rival a severe case of vertigo.

In its present form, the Affordable Care Act leaves very little room for financial vicissitudes, and the loss of substantial funding could ultimately have the same effect as repeal.  Exactly how the executive and legislative branches will utilize this proverbial trump card remains to be seen, but if nothing else, the economic fragility woven into the framework of health care reform should serve as a deterrent against rapid change. Even the concept of “repeal and replace,” a reasonable solution to most problems, brings with it nearly 50,000 pages in statutory and regulatory challenges. Simply put, there are no sustainable overnight solutions.

The Obama administration had almost eight years to craft today’s health care reform. At best, the ones who fight for repeal have but two years to replace it. Left without a viable alternative at mid-term or by the next Presidential election, the United States could grant a 73-year old Hillary Clinton her rematch against the President elect. Provided, of course, neither gets sick from the stress of campaigning in a nation whose health care system is flirting with chaos.