This article, The Health Care We Are Left With, was first published in Corporate Compliance Insights on January 6, 2016. 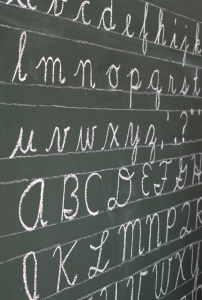 “Ending a sentence with a preposition is something up with which I will not put.”  — Winston Churchill

Since the inception of the Affordable Care Act (the ACA) six years ago, the nation’s struggle over the proper provision of health care has been fought on many fronts, with both sides remaining passionately true to their convictions. As is the case with many of our nation’s historic battles, the American people may be remiss to disregard the impact of these struggles upon the evolution of our current health care structure. Like the January 3, 1777 Battle of Princeton during the American Revolution or the October 8, 1962 Battle of Perryville in the Civil War, many smaller events that appear understated or unimportant often have a long term impact. Instances where both patients and providers initially underestimated would-be tenets of the ACA can offer as much insight as outright Congressional mistakes in crafting the law. On the cusp of the iron anniversary for health care reform, this article offers examples of both the ACA’s shortcomings and successes. After all, too much of the planet’s most common element (at least by mass) can cause cirrhosis of the liver or arthritis, while a deficiency in iron can result in anemia. The following are topics that were resolved in 2015, as well as those for which 2016 may bring some clarity. … Read more →