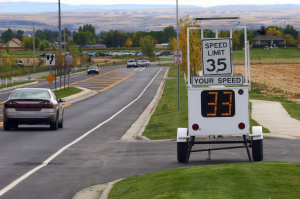 Formed through legislation signed by President Gerald Ford in 1976, the Office of the Inspector General (“OIG”) is one federal agency that should never be underestimated by those in the health care industry. In its pursuit to protect the integrity of health care programs and the welfare of their beneficiaries, the OIG boasts the power to determine the fate of most health care providers through standards both objective (42 U.S.C. § 1320a-7(a) – Mandatory Exclusions) and subjective (42 U.S.C. § 1320a-7(b) – Permissive Exclusions). While those unfortunate enough to find themselves on the List of Excluded Individuals and Entities (LEIE) may at times disagree, the pellucidity with which the OIG enforces its statutory directive is in perfect alignment with the transparency through which the agency insists providers conduct their business. … Read more →

(January 26, 2014) The world of contemporary health care is not based upon absolutes, but rather an ever-evolving system of beliefs influenced at any given time by a confluence of advances in science, popular culture, current events and religion.  As these and other components shape that which we as a nation accept as truth, some historical notions transition away from their previously influential roles in society, to be replaced by ideologies that better conform to modern standards.  Given enough time and perspective, these erstwhile canons can even transcend into the realm of mythology and folklore. As with the idea that the mentally ill were once widely believed to be victims of demonic possession, what was once considered an immutable medical truth is now viewed as a quaint theory of an immature age.

Historically, the science of medicine presents a wealth of examples to show how fleeting truth can be, even within the context of life and death. … Read more →