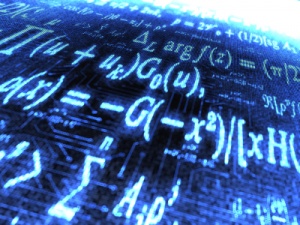 “For every complex problem there is an answer that is clear, simple and wrong.” – Henry Louis Mencken

Known by some as the 2010 Patient Protection and Affordable Care Act, others by the often sardonic alias “Obamacare,” and most recently highlighted through contentious “repeal and replace” rhetoric, health care reform has reemerged as a hot topic of discussion in households across the country. Those affected by this issue include anyone who (1) is currently sick or has been sick in the past, (2) has a friend or family member that is dealing or has dealt with an illness, or (3) is or knows someone who may one day receive that plastic bracelet bestowing the title of “hospital patient.” Basically, this refers to every American. And yet, so great is the divisiveness on how best to manage health care in the modern age, the Affordable Care Act (ACA) now finds itself in a paralytic state as advocates and critics tangle over the vast complexities at its core. The only commonality is the recognition that there is no simple solution.

Is Health Care Really So Complicated?

Complex by necessity, America’s current health care system may appear elaborate, ridiculous or even labyrinthine in turns, and changing even the smallest fraction involves delving deep into the belly of the beast. For example, Medicare disproportionate share hospital (DSH) adjustment provisions rely upon a statutory formula to calculate DSH patient percentage which is equal to the sum of the percentage of Medicare inpatient days attributable to patients eligible for both Medicare Part A and Supplemental Security Income (SSI), and the percentage of total inpatient days attributable to patients eligible for Medicaid by not Medicare Part A. With this in mind, even the health care layman is quick to realize that, in labeling DSH adjustments (DSH Patient Percent = (Medicare SSI Days / Total Medicare Days) + Medicaid, Non-Medicare Days / Total Patient Days), one is forced to learn the equivalent of a new language.

Terminology is not the only factor to consider when addressing the intricacies of America’s health care structure. Seemingly counterintuitive at times, inherent within more recent axioms of Medicare is the qualitative shift used to determine the ways in which programs function and succeed. The Hospital Value-Based Purchasing Program (HVBP) rewards (or penalizes) acute care hospitals with incentive payments (or reductions) by as much as two percent, based upon the quality of care the hospital delivers, rather than simply the quantity of services it provides.  To do so, the HVBP uses the hospital quality data reporting infrastructure that was developed for the Hospital Inpatient Quality Reporting Program. When evaluating certain new measures introduced in 2017, such as elective delivery prior to 39 complete weeks’ gestation, clostridium difficile infection and methicillin-resistant staphylococcus aureus, some may consider such an approach absurd.

It is not unreasonable to view this as a potentially tortuous, not to mention torturous, endeavor.

Further, equally elaborate examples include (1) the calculation and updating of diagnosis-related groups (DRGs) in the Medicare Hospital Prospective Payment System (HPPS), (2) the Hospital Quality Assurance Fee Program, (3) payment limitations imposed by the Omnibus Budget Reconciliation Act (OBRA), (4) the medical loss ratio imposed upon health insurance issuers, (5) qualified health plans with the minimum essential coverage to satisfy the individual mandate, (6) business relationships that violate the Federal Anti-Kickback Statutes or Stark Laws, (7) safe harbors that protect providers from violating the Federal Anti-Kickback Statutes or Stark Laws, and (8, the fact that a covered entity still faces substantial penalties for accidentally disclosing the identities of its patients, regardless of malady, even as internet pirates abscond with patient health information belonging to millions of Americans.

When contemplating the complexity of our nation’s health care system, one must also consider the subject under care. Anatomically, modern Homo sapiens has nearly 80 organs, ten of which are important enough to consider “vital,” more than 200 bones (approximately 70 fewer than newborn members of the species), 60,000 miles of blood vessels, loses close to 300 million cells each day and can produce a cough that clocks in at 60 miles per hour. The tenth revision of the International Statistical Classification of Diseases and Related Health Problems (ICD-10) and its 70,000 codes serve as the indispensable bridge between the physical care received and payment issued on behalf of those who live in the United States.

To further confuse the issue, matters of the mind rely upon an entirely different cadre of information (the Diagnostic and Statistical Manual of Mental Disorders (fifth edition) (DSM V)) for treatment and funding, even though its connection to the body is inextricable. As a result, much of the regulatory infrastructure overseeing mental health exists outside of the ACA, and in recent years Congress has pushed to establish “mental health parity” to protect patients from insurance benefit discrepancies when it comes to issues of soma and psyche.

While the estimated 100 trillion synapses in the human brain designed to orchestrate the ways in which our body communicates internally may offer some explanation as to why federal and state lawmakers cannot agree upon a national health care system devoid of partisan politics, the mysterious and extraordinary axon is not to blame for the complexity of either the ACA or its putative replacement. At best, such a parallel can only serve to illuminate the codependence at the heart  of the system within which doctors and patients must daily interact.

Thankfully, complexity is not the sole basis by which the United States determines the propriety of its health care system. Friend or foe of Medicare, Medicaid, and all related programs up to and including Obamacare and the American Health Care Act, the time has come to ignore causation and instead surrender to the reality of our health care system as it exists today. To successfully do so, efforts to improve our health care structure would be well advised to disregard political agendas, especially since a system responsible for the health of an entire nation rarely has the opportunity to start anew.

The idea that the nation’s leaders on the right believed a mere 123 pages of legislation could replace not just the 906-page outline defining the ACA but also the tens of thousands of regulatory clarifications promulgated by the federal government over the past seven years is just as preposterous as the thought process of those leaders on the left who feared the American Health Care Act might actually survive. This particular partisan battle has not been about the intellectual acumen of those embroiled in such debates, but rather blame rests with ordinary hubris on both sides, the same enemy that has been toppling Gods and nations as far back as classical antiquity. Whether medically or legislatively speaking, there is little room for pride in the realms of modern health care.

Charting the evolution of Medicare over the past 52 years underscores a need to approach changes in health care methodically and with patience. Even the ACA, championed as the instrument of reform in 2010, was built upon the foundations of a predated system. History is often overlooked as a necessary ingredient in constructing a better health care system, and the American political process can sometimes mask its presence. Still, the keys needed to unlock the complexities of today’s health care conundrum lie in our nation’s past as much as in its future. The cumulative wisdom provided by hindsight is a far more powerful tool for advancing the health of a nation than the momentary success of any single political party or elected official. Until then, Congress will probably ignore until it escalates into something it can understand.