Home / Administrative / Health Care Is Not One Word Or One Person

This article, Health Care Is Not One Word Or One Person, first appeared in the Los Angeles Daily Journal on February 24, 2016. 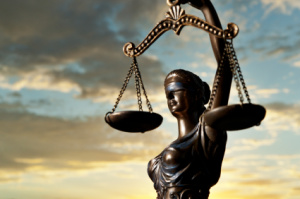 “The truth is rarely pure and never simple.” — Oscar Wilde

With the passing of Justice Antonin Scalia, the Supreme Court has lost a brilliant legal scholar and formidable protector of the U.S. Constitution. Scalia both earned respect and instilled fear during his 30-year tenure supervising America’s political climate. While his legacy ought to take precedence during this time of mourning, widespread panic over the future of health care reform threatens to overshadow the passing of Scalia the individual in favor of highlighting the ways in which his unexpected death may advance partisan agendas.

History has shown that a single justice can have a dramatic effect on the formation and defense of policy. In 1896, Justice John Marshall Harlan disagreed with those Supreme Court justices who believed that the Constitution allowed “equal but separate” public transportation accommodations for black and white citizens. His solitary dissent in Plessy v. Ferguson argued otherwise, stating that the Constitution did not create a “superior, dominant, ruling class of citizens” in the United States, and that the Constitution was itself color-blind. Fifty-eight years later, a unified Supreme Court made history with Brown v. Board of Education of Topeka in holding that “separate but equal” had no place in public education.

In 1963, eight of the nine Supreme Court justices stopped a practice in public schools of reading from the Bible or reciting the Lord’s Prayer. Justice Potter Stewart, however, believed otherwise in School District of Abington Township v. Schempp and argued that religion and government “necessarily interact in countless ways.”

In 1988, while seven Supreme Court justices reversed a federal court order of contempt against Theodore Olson, Edward Schmults and Carol Dinkins in Morrison v. Olson, Scalia disagreed, and in his dissent summarized the precise nature of the lawsuit, a matter of power, in particular the “allocation of power among Congress, the President, and the courts” in such a way as to protect the foundation of the Constitution.

To be sure, Scalia was known to chastise Congress, declaring that the Supreme Court has no free-floating power to save the legislative branch “from its drafting errors.” His passing begs the question as to whether one federal jurist has the power to decide the fate of the Patient Protection and Affordable Care Act. Plurality decisions and swing votes notwithstanding, it is the institution of the Supreme Court itself and not any one justice that has presided over issues of federal law and other matters of original jurisdiction since 1789. Supreme Court eras referenced by the chief justice at the time represent a reflection of the court’s composition during such tenure, beginning with the Marshall court (1801-1335), and more recently with the Warren court (1953-1969), the Burger court (1969-1986) and the Roberts court (since 2005). It remains to be seen whether it shall be the 44th or 45th president of the U.S. to select a replacement for Scalia, as does the fortitude of the process by which Congress advances or stalls the confirmation of a new Supreme Court justice.

Regardless of the leanings of Scalia’s replacement, what happens down the street from 1 First Street, Northeast will not uproot health care reform as it enters its seventh year. The Affordable Care Act is neither fleeting nor finished, but has instead become the foundation for health care in the United States. No one person, president, senator or justice, can single handedly defeat the only health care system ever known to the 4 million students currently enrolled in the first grade of elementary school. Justice Antonin Scalia may be missed, but the institution of the U.S. Supreme Court shall continue to prevail as the preeminent moral compass for this country.