This article, The Decay in Regulating California’s Corporate Practice of Medicine, first appeared in the Business Law News (Issue 2, 2015) of the State Bar of California on June 24, 2015.

“There is nothing worse than a sharp image of a fuzzy concept.”[1]

In the 1990s, dentists in North Carolina[2] began to whiten teeth.[3] A decade later, nondentists across the state began to provide the same services, but at a lower price.[4] In 2006, the North Carolina State Board of Dental Examiners (the “N.C. Dental Board”) responded by issuing more than 47 cease-and-desist letters to parties whitening teeth without degrees in dentistry, and in 2007 the N.C. Dental Board enlisted the aid of the North Carolina Board of Cosmetic Art Examiners to issue similar warnings, specifically to cosmetologists[5] Their combined efforts were successful, and North Carolina nondentists soon stopped offering teeth whitening services.[6]

The United States Federal Trade Commission (the “FTC”) took exception to the actions by the N.C. Dental Board, and in 2010 the FTC filed an administrative complaint, alleging the N.C. Dental Board acted deliberately for the benefit of North Carolina dentists and to the detriment of North Carolina nondentists.[7] According to the FTC, these anticompetitive and unfair tactics violated the Federal Trade Commission Act, and in particular Section 5.[8]

After multiple hearings before an administrative law judge, followed by the FTC’s internal oversight and a review by the Court of Appeals for the Fourth Circuit[9] in February 2015, the United States Supreme Court[10] agreed with the FTC’s 2010 allegations, namely that the anticompetitive conduct of the N.C. Dental Board violated antitrust law, and in particular the Sherman Act.[11] The Supreme Court also held that sovereign immunity did not protect the actions of the N.C. Dental Board.[12]

In its 6-3 decision referring to the roles of dentists and nondentists in North Carolina, the Supreme Court reached a far greater audience than those concerned with tooth color in the Tar Heel state.[13] In point of fact, the Court’s ruling did much to undermine most if not all authority held by professional organizations in California, including in particular the Medical Board of California (“MBC”).[14] This article explores how and why such change came about. … Read more → 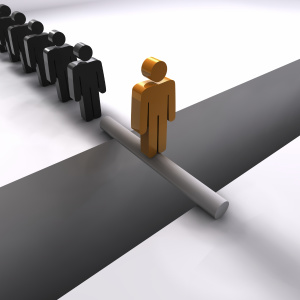 “God hates violence. He has ordained that all men fairly possess their property, not seize it.”[2]

Modern American health care affords every hospital patient the inalienable right to emergency treatment,[3] although this same system has yet to create any parallel infrastructure beyond the clinical delivery of such care. While today’s emergency department physicians across the nation have access to cutting-edge, integrated technology-based tools[4] designed to improve patient outcomes by combining advances in medicine with evidence-based clinical guidelines,[5] the science of overseeing managed care patients often appears to be light years removed from the era in which it was born.[6] As a result, American health care has become a system of fundamental brilliance that finds itself limited by gross inefficiencies,[7] a combination that has led to a symbolic, if not actual, nationwide revolution.[8]

At their core, the 2010 Patient Protection and Affordable Care Act[9] and the amendments set forth in the 2010 Health Care and Education Reconciliation Act[10] address the concept of patient access, one of health care’s greatest challenges in recent years.[11] Notwithstanding the 961[12] regulatory pages known as the Affordable Care Act, or “Obamacare,”[13] the relationship between the patient and the entity responsible for covering the cost of care has received surprisingly less attention in comparison.[14]

In California, the recent decision in Children’s Hospital Central California v. Blue Cross of California[15] has been seen by many as the culmination, and by some as the resolution, of conflict between providers and payers within the managed care system.[16] This article focuses on events preceding the Children’s Hospital Central California decision, how the managed care system of private payers has evolved over the past 40 years, and the challenges faced by payers and providers simply trying to coexist. … Read more →

Last week the Centers for Medicare & Medicaid Services (“CMS”) issued its proposed final rule for Accountable Care Organizations (“ACOs”) participating in the Medicare Shared Savings Program (“MSSP”), a program designed to promote accountability for a patient population, foster coordination of items and services under Medicare Parts A and B, and encourage investment in infrastructure and redesigned care processes for high quality and efficient health care service delivery. CMS issued its proposed rule on December 8, 2014, expanding the original rule from November 2011 (76 Federal Register 67802).

The final rule focuses on the following areas:

The final rule also addresses some of the 275 comments CMS received in response to the December 2014 proposed rule. In response to concerns about the program’s integrity, CMS commented as follows:

“In 2011, Medicare made almost no payments to providers through alternative payment models, but today such payments represent approximately 20 percent of Medicare payments. Earlier this year, the Secretary announced the ambitious goal of tying 30% of Medicare fee for service payments to quality and value by 2016 and by 2018 making 50% of payments through alternative payment models, such as the [MSSP]. . . . With over 400 ACOs serving over 7 million beneficiaries, the [MSSP] plays an important role in meeting the Secretary’s recently articulated goal.”