Home / Under the Surface of Reform 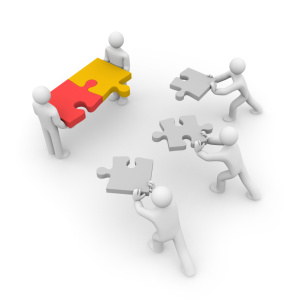 Under the Surface of Reform

Health care reform is nothing new, but rather the continuation of a story that goes back in time, even before the United States was a nation.  While certain historical events marked different turning points in health care, the foundation upon which reform is built today consists of federal regulations, administrative guidance, and judicial decisions spanning across the last three centuries, all of which is the foundation under the surface of reform.

When it comes to federal regulations, there is an unfortunate dearth of illustrations. Instead, promulgation comes solely through the written word, as it has since born from an act of Congress known as the “Federal Register Act” (49 Stat. 500-503 (July 26, 1935)). The Federal Register will be 79 years old this summer and boasts its own international standard serial number (ISSN 0097-6326). By its own admission, “[t]he Federal Register provides a uniform system for making available to the public regulations and legal notices issued by federal agencies.  These include Presidential proclamations and Executive Orders, federal agency documents having general applicability and legal effect, documents required to be published by act of Congress, and other federal agency documents of public interest.”

Although not administrative law, federal agencies sometimes publish reports that offer valuable insight into the tenets of health care reform. This information, advisory in nature, should never be overlooked.

In June 2012, the United States Supreme Court upheld the constitutionality of health care reform. Though the underlying arguments set forth in the 59-page majority slip opinion venture deep into the labyrinth of constitutional law and test the traditional boundaries of federalism, the holding itself was clear and concise: (1) the ACA’s individual mandate is constitutional; and (2) the Medicaid expansion provisions found within the ACA survive, but the Federal Government is prohibited from penalizing “[s]tates that choose not to participate in [the Medicaid expansion] by taking away their existing Medicaid funding.”  While the Supreme Court’s decision may have cleared a path for the Affordable Care Act, the decision also served as a reminder that the Judicial Branch can be just as influential over health care reform as the others.

There is no shortage of information about health care online, although some resources are better than others.  Some additional information can be accessed here that will add even greater depth to reform.