Home / Introduction to Fraud and Abuse 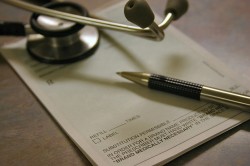 In health care, the most important body of law under which liability may arise is generally considered to be the Federal False Claims Act (“FCA”).[1]

Dating back to the American Civil War, the FCA has over time become the “primary litigative tool for combating fraud” for both federal and state governments. At its core, the FCA imposes liability on anyone who “knowingly presents, or causes to be presented, a false or fraudulent claim for payment or approval.” (See 31 U.S.C. § 3729(a)(1)(A).)

In 1965, the United States unveiled its Medicare system, and only seven years later Congress passed the first of many laws focusing on Medicare reform, including:

Generally speaking, the Federal Anti-Kickback Statutes (AKS) create a set of regulations designed to impose a basis for exclusion and other penalties (see 42 U.S.C. Section 1320a-7), and the exceptions to the AKS are set forth in 42 C.F.R. § 1001.952. The AKS establish a basic law governing financial relationships between persons or entities who provide health care services eligible for payment under federal health care programs such as Medicare or Medicaid, and those who are in a position to refer or influence business to them.[4]

The AKS are intended to prohibit, as criminal offenses, business or financial transactions that would tend to increase the amount of money paid out by federal health care programs through encouraging excessive or otherwise inappropriate utilization of items or services eligible for reimbursement under those programs – a goal which most taxpayers would agree is a salutary one indeed. Violations of the statute can result in criminal fines of up to $25,000 per occurrence and imprisonment for up to five years, as well as the imposition of civil money penalties and/or exclusion of a provider from participation in federal health care programs.

Complex in their influence, the Stark Laws have three basic core components:

(2) Defining a financial relationship with respect to a physician or a member of the physician’s immediate family (although subject to certain enumerated exceptions), including:

(3) Defining the existence of a referral (also subject to certain exceptions), including:

Where a referral is made in violation of the Stark Laws, no payment under Medicare may be made for services provided as a result of such referral, and the provider is liable to refund any such payments which were wrongly made. In addition, violations of the statute can give rise to civil money penalties of up to $15,000 per service and exclusion from the Medicare program. “Circumvention schemes” – arrangements, such as cross-referral arrangements, which one or both parties know or should know have “a principal purpose of assuring referrals by the physician to a particular entity” but which do not involve direct referrals to the entity – carry a civil money penalty of $100,000 per scheme.

Unlike the AKS, which are primarily interpreted and enforced by the OIG, the Stark Laws are interpreted and enforced by the Centers for Medicare & Medicaid Services (“CMS”). Among other things, this means that there is sometimes a disconnect, or at least a lack of symmetry, between the requirements of the Stark Laws and the AKS, as well as the safe harbors afforded under both, thus leading to a difference in interpretation and enforcement at times.

Pursuant to the Physician Ownership and Referral Act of 1993 (“PORA”), California has its own set of laws designed to curtail unlawful referrals to health care providers (see California Business and Professions Code § 650.01), and an equally complicated structure for exceptions in Section 650.02. While PORA is designed to emulate the Stark Laws, and in large part does, PORA addresses all unlawful health care referrals, while Stark applies to the Medicare program only. Furthermore, while the Stark Laws do not impose criminal liability for violations, the AKS and PORA do.  The AKS also apply to all federally funded health care programs, not just Medicare.

As a result, the particular nuances within each of the prohibitions and corresponding exceptions necessitate a thorough analysis at times under the Stark Laws, AKS and PORA for most issues involving allegations of certain unlawful health care practices.

Although there are a large number of criminal laws that can affect a health care provider, the laws addressing fraud are perhaps most likely to spawn a criminal investigation. In the area of health care, criminal fraud often concerns either billing or referrals. The more commonly used statutes briefly described below will in many situations overlap with each other as well as with statutes not described here.

The health care fraud statute prohibits the knowing and willful execution of a scheme to (1) defraud any health care benefit program or (2) obtain, by means of false or fraudulent pretenses, representations, or promises, any of the money or property owned by, or under the custody or control of, any health care benefit program, in connection with the delivery of or payment for health care benefits, items, or services. The penalty for violation is a criminal fine of up to the greater of $500,000, twice the gross gain from the offense, or twice the gross loss caused by the offense; imprisonment for up to ten years; or both. If bodily injury or death results from the violation, the maximum fine and imprisonment sentence increase. The Affordable Care Act amended this statute to provide that “a person need not have actual knowledge of this section or specific intent to commit a violation of this section.” (See 18 U.S.C. Section 1347(b).) Therefore, it is no longer necessary for a prosecutor to prove that a provider knew of and intended to violate the statute when it engaged in the prohibited fraudulent conduct.

There are a number of “false statement” statutes in the federal criminal code. 18 U.S.C. § 1035 specifically applies to matters involving a health care benefit program. It criminalizes the knowing and willful (1) falsification, concealment, or cover up of a material fact, (2) making of a materially false, fictitious, or fraudulent statement or representation, or (3) making or using of any materially false writing or document knowing it to contain a materially false, fictitious, or fraudulent statement or entry, in connection with the delivery of or payment for health care benefits, items, or services. Each violation is punishable by a fine of up to the greater of $500,000, twice the gross gain from the offense, or twice the gross loss caused by the offense, as well as imprisonment for up to five years, or both.

Conduct covered by 18 U.S.C. § 1035 that involves a federal health care program—such as Medicare—is likely also to constitute a violation of 18 U.S.C. § 1001. The general false statements statute criminalizes, in any matter within the jurisdiction of the executive, legislative, or judicial branch of the United States, the knowing and willful (1) falsification, concealment, or cover up of a material fact, (2) making of any materially false, fictitious, or fraudulent statement or representation, or (3) making or using any false writing or document knowing the same to contain a materially false, fictitious, or fraudulent statement or entry. 18 U.S.C. § 1001 generally would not reach false statements made under private health insurance plans or plans that are entirely state-funded, while 18 U.S.C. § 1035 would. Both statutes reach false statements made in the context of a federal health care program, and 18 U.S.C. Section 1001 further reaches false statements made in the course of any federal criminal, civil, legislative, or administrative investigation. Providers therefore need to be aware of both false statement statutes.

The health care specific obstruction statute makes it a crime to prevent, obstruct, mislead, or delay the “communication of information or records” to a criminal investigator where the information or records relate to a violation of the federal health care laws, or to attempt to do so. The penalty for violation is a fine of up to the greater of $500,000, twice the gross gain from the offense, or twice the gross loss caused by the offense, as well as imprisonment up to five years, or both. There are numerous other obstruction of justice statutes that, while not specific to health care, may be implicated through government audits, investigations, and prosecutions of health care providers. Providers should be aware that intentionally impeding or attempting to influence a government investigation or audit—for instance by destroying documents or lying to investigators—can result in serious criminal penalties, even if the investigator or auditor is an HHS or other regulatory official rather than an FBI agent or DOJ attorney.

[2]          Modifications set forth in the Affordable Care Act also exist within this statute.