Home / Administrative / The Upside to Broken 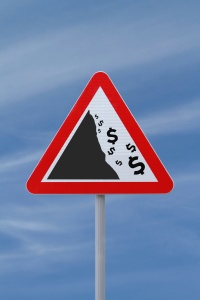 In a universe where the actuarial resides, eliminating the Individual Mandate is a death sentence that will ultimately collapse the ACA’s fiscal sustainability. In other, more practical realms, a health care system within which younger, healthier patients have no motivation to obtain insurance totally undercuts the already diminishing number of payers to wreak havoc in the form of health insurance premium hikes, necessary or not. The nation’s already depleted health care arsenal against such a response from payers is practically useless, as it is left with only unthinkable options such as the return of preexisting conditions and elimination of premium parity restrictions, the justification for which is either “some lose” or “everyone loses.” This is hardly an enviable position from which to defend itself.

Is Health Care in the United States a Right or a Privilege?

When the actuarial and practical collide, as in situations such as this, it affords the United States an opportunity to reevaluate the importance it places on a functional health care system similar to those in countries such as Switzerland, Sweden, Norway, Iceland, Australia, Japan and Canada, rather than chasing after that elusive unicorn of a system seemingly within the nation’s sights since 1965. Though Medicare has remained the national health care standard for over 50 years, it nevertheless took 20 years of partisan infighting before its passage. Charting its checkered history includes a presidential assassination and the emergence of a libertarian disguised as the republican national candidate in the 1964 presidential election, before Congress and President Johnson at last made Medicare the law of the health care land.

As Medicare has evolved over the past 50 years, so have the expectations of entitlement to health care from the system’s beneficiaries. With each passing year, Medicare becomes more of a right in the minds of Americans 65 years of age and older. To those individuals charged with treating Medicare beneficiaries, the system itself has become a regulatory nightmare, incomprehensible to most, unpredictable to many, and simply unbearable to a growing number of practitioners. That such an expanding disconnect between patient and provider has not completely severed this relationship is part miracle and part EMTALA (the Emergency Medical Treatment and Labor Act). At least with respect to EMTALA, a hospital still symbolizes a place where anyone can receive care when injury or illness strikes. Unfortunately, EMTALA does not guarantee that a hospital will be nearby, nor does it make any representations regarding the level of provision to be found at any given hospital. While discrepancies in quality and care between hospitals continue to increase year after year, at a symbolic level the focal point for health care in the United States still remains the hospital institution itself, even if it is the underlying doctor-patient relationship that has formed the binding agreement both before and after the passage of Medicare.

The Impact of Technology

Technological advances within the last century have transformed hospitals from a destination in which to die into a system that works so well that it sustains the debate between rights and privileges. However, this same technology that turns miracles into medicine and expands the ways in which the sick can heal also poses a dangerous threat to the once sacrosanct doctor-patient relationship. In many ways, the history of this largely codependent partnership has afforded the United States additional time before implementing aspects of a national health care system, socialized medicine and even a single-payer model, at least in comparison to comparable nations around the world.  Today, many patients have greater intimacy with the Internet and “self-diagnosing” websites than with an actual doctor. Moreover, whatever advantages doctors may have had in Medicare’s fledgling years has diminished over time, from not only the payment system applicable to most hospitals, but the fraud and abuse regulations which limit if not prevent entrepreneurial infusion into a medical practice. Even those laws designed to prohibit the corporate practice of medicine so that only licensed physicians oversee patient clinical care create limitations on the ways in which a physician can practice medicine.

Not Yet Beyond Repair

As it now stands, this health care system over which politicians continue to fight and which patients fear to lose is unquestionably broken, and any additional damage caused by eliminating the Individual Mandate will not be measurable. While emergency medical care in the modern age may be considered as close to a right as possible without the benefit of any actual statutory authority, any such provision of care which occurs beyond stabilization is a privilege at best, and one that ultimately depends on geography, financial means and a certain amount of luck. The ways in which our nation values its health care system, interacts with participating doctors, and appreciates the need to utilize its services properly will ultimately decide the fate of health care in the United States – not the rise or fall of the Individual Mandate. Patients will always be patients, doctors will always be doctors, and there will always be a need for them to come together in the interest of mutual survival. While abysmally complicated, a solution for the requisite minutiae will eventually present itself. Time heals all wounds, even those felt by the health care system itself.