Home / Administrative / Do We Really Need Health Care, After All? 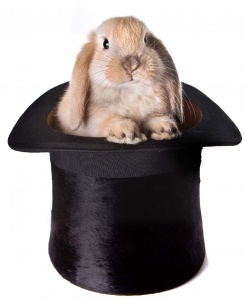 Last month the U.S. Court of Appeals for the Fifth Circuit agreed that the individual mandate was unconstitutional, but returned the case back to the District Court to revisit whether the ACA can stand on its own without the individual mandate.  Absent intervention by the U.S. Supreme Court first, the fate of the ACA now rests with that same District Court in Texas and the ability to make its conclusion as before, only with a better argument.

The ACA’s Impact on Health Care

Over the past decade, the ACA introduced numerous tenets into the nation’s health care system that eventually evolved into a foundation.  The guarantee of health care insurance, the end to preexisting conditions and the supposed stabilization of health care premiums purportedly protected individual patients, even if such a victory may prove to be pyrrhic at best.  In theory at least the ACA kept states busy since 2010 through Medicaid expansion, health insurance marketplaces known as “exchanges” and strict limitations on health insurer profit margins imposed by a minimum medical loss ratio.  Repeated challenges through the judicial system and a new Congress, coupled with a decade of hindsight, questioned the ACA’s effectiveness at the state level, irrespective of the individual mandate’s constitutionality, and whether the ACA can exist without it.

What President Obama and Congress passed in 2010 was little more than an outline for reform, the shape of which took place following tens of thousands of pages of promulgated federal regulations, most of which occurred behind the scenes and essentially unnoticed by patients. Even though health care’s recent elevation in partisan politics has placed a blinding light on certain methods of operation, science has yet to create enough luminous flux for the patient population to understand what exactly happened when the Fifth Circuit affirmed in part and vacated in part the District Court’s decision, nor what may occur following remand for further proceedings consistent with the Fifth Circuit’s opinion.

What Do We Really Know?

The ACA is not the nation’s health care system, but rather a part of it. Medicare is another part of American health care, albeit 45 years older than the ACA.  Medicaid, too is 55 years old, although traditionally Medicaid provided access to health care on a state level for qualifying low-income individuals.  The ACA has relied heavily upon Medicaid as the program continues to evolve from its humble origins.  The commonality shared by all three is the level of disconnect between regulatory oversight and patient access, and specifically how this remains largely unchanged since Congress passed Medicare and Medicaid in 1965.

A common argument in support of the individual mandate suggests most individuals will not obtain health care insurance until health care is needed.  At the same time, the nation has been on a 55-year run, not understanding the system of health care, whether or not it is needed.  While occasionally limitations in access to health care spark some public attention, these aberrations are no match for the neighborhood squirrel.  More often than not, the sick patient simply wants to get better rather than understand the financial machinations that ultimately fund the provider responsible for his or her care.

In the form of a book, the history of modern health care in the United States would be both brief and incomplete.  The story began about 100 years ago when the science behind health care finally reached a point when it could heal. Not long ago health care championed insulin shock therapy, electroconvulsive (electroshock) therapy, leeches, lobotomies and mercury treatment.  The local hospital is also a relatively recent phenomenon, only reaching widespread institutional status in the first half of the twentieth century.  Medicare, recently portrayed as the panacea to an ailing health care system, has taken scores of fundamental shifts in form since Congress first used the term in 1956 for a program providing medical care to military families.

What We Have Now

Evolving from a cost-based program at inception to a reimbursement structure that established specific monetary values for treating specific disease in certain geographic regions, today Medicare places its emphasis on success, customer satisfaction and efficiency. The value-based programs overseen by the Centers for Medicare & Medicaid Services reward health care providers with incentive payments for the quality of care they give to people with Medicare, the purpose of which is to (1) provide better care for individuals, (2) improve the health for populations, and (3) lower the cost of its delivery.  In just a few short years the regulatory infrastructure supporting these quality measures has elevated Medicare from complex to almost unintelligible, with even more sweeping measures on the horizon.  As quality eclipses cost for most health care providers, the patient experience generally remains the same.

When combined, the ACA, Medicare and Medicaid still do not define the totality of health care.  Like the magician who extracts objects of infinite number and size from an ordinary black hat, health care also has a treasure trove to offer.  From the Emergency Medical Treatment & Labor Act to employment-based insurance programs falling under the Employee Retirement Income Security Act of 1974 to the Paul Wellstone and Pete Domenici Mental Health Parity and Addiction Equality Act passed in 2008, to name just a few, health care in the United States is designed to cover just about everyone.  How this actually works, on the other hand, is not entirely clear.