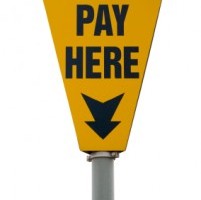 (1) a physician from making referrals for certain designated health services (“DHS”) payable by Medicare to an “entity” with which he or she (or an immediate family member) has a direct or indirect financial relationship (an ownership/investment interest or a compensation arrangement), unless an exception applies; and

(2) the entity from presenting or causing a claim to be presented to Medicare (or billing another individual, entity, or third party payor) for those referred services.

The SRDP requires health care providers or suppliers to submit all information necessary for CMS to analyze the actual or potential violation.  In return, CMS can reduce the amount due and owing for violations. The SRDP is intended to facilitate the resolution of only matters that, in the disclosing party’s reasonable assessment, are actual or potential violations of the physician self-referral law.

In addition to violations of the physician self-referral law, other criminal offenses for non-disclosure include:

CMS revised the SRDP in May 2011 and clarified the information that should be disclosed. The SRDP now requires that the disclosing parties provide the total amount of remuneration a physician or physicians received due to the actual or potential violation (and during the appropriate “look back” period).

Hospitals who wish to voluntarily disclose self-discovered evidence of potential fraud to the Office of the Inspector General may do so under the Provider Self-Disclosure Protocol (SDP) (63 Fed. Reg. 58,399).