Home / Uncategorized / Why We Must Care About Medicare

California Healthcare News published this article, Why We Must Care About Medicare, on October 11, 2016. 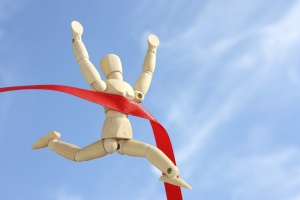 “It’s kind of fun to do the impossible.” – Walt Disney

A Federal Circuit Court of Appeal recently commented, “Medicare is, to say the least, a complicated program.” United States health insurance for people 65 and older has 37,000 separate guidance documents online at the Centers for Medicare & Medicaid Services (CMS), myriad federal regulations expounding upon 50 years of statutory direction, and a legion of Federal Court decisions adding even more detail. To be sure, health care providers should exercise great caution before sharing in Medicare’s $650 billion annual fund. Unfortunately for those ambivalent about Medicare with all of its complexities, not to mention anyone who outright hates the program, resistance is probably futile.

On August 22, 2016, CMS published Medicare’s fiscal year (FY) 2017 inpatient payment systems regulations for acute and long-term care hospitals. Weighing in at 585 pages (triple-column), this indispensable guide to the Medicare program is a must-read for all hospital owners, operators and advisors. Among other things, the regulations update hospital quality reporting measures such as the Hospital Value-Based Purchasing (VBP) Program, the Hospital Readmissions Reduction Program (HRRP) and the Hospital-Acquired Condition (HAC) Reduction Program.

The Hospital VBP Program provides financial incentive (an estimated $1.8 billion for FY 2017) to hospitals meeting certain performance standards. In no particular order, some VBP highlights include a domain name change in 2019 from “Patient-and Caregiver-Centered Experience of Care/Care Coordination” to “Person and Community Engagement.” Before facing exclusion from the Hospital VBP Program, hospitals must first receive citations for deficiencies that pose immediate jeopardy in at least three surveys during any part of a performance period (the old standard was two). The weight for each domain on which hospitals receive a Hospital VBP Program score, (1) safety, (2) clinical care, (3) efficiency and cost reduction and (4) person and community engagement, remains equally distributed at 25% each. The total performance score (TPS), however, will be proportionately reweighted for hospitals with data in just three domains. To receive a Person and Community Engagement domain score hospitals must report a minimum of 100 completed HCAHPS (Hospital Consumer Assessment of Healthcare Providers and Systems) surveys.

The HRRP reduces a hospital’s base operating diagnosis-related group (DRG) payment to account for excess readmissions following select conditions. For FY 2017 and beyond, reduction follows a hospital’s risk-adjusted readmission rate during a three-year period for (1) acute myocardial infarction, (2) heart failure, (3) pneumonia, (4) chronic obstructive pulmonary disease, (5) total hip/arthroplasty/total knee arthroplasty, and (6) coronary artery bypass graft. A readmission penalty under the HRRP occurs when any hospital admits a patient less than 30 days after discharge following one of the six conditions above. Should a qualifying readmission occur, the reasons are generally immaterial. The technical methodology for calculations under the HRRP remains just as complex:

Finally, CMS requires hospitals to notify Medicare beneficiaries, including Medicare Advantage enrollees, upon receiving outpatient observation services exceeding 24 hours. Pursuant to CMS’s “MOON” (Medicare Outpatient Observation Notice), as of August 6, 2016, hospitals must explain to Medicare beneficiaries the nature of these observation services as well as the implications from receiving the same.

What Could Go Wrong?

In FY 2014, health care providers and suppliers submitted an estimated 1.2 billion Medicare fee-for-service claims, and the number of claim appeals filed between 2010 and 2014 increased from 41,733 to 432,534. Not surprising, the Medicare Administrative Contractors (MACs) charged with processing and determining the propriety of each submission fell markedly behind. The Medicare Act’s mandatory, four-step appeal process, which includes (1) a redetermination request by the MAC, (2) a request for reconsideration by a Qualified Independent Contractor (QIC), (3) a hearing before an administrative law judge (ALJ) and (4) review by the Medicare Appeals Council within the Departmental Appeals Board (DAB), made things worse. By the end of 2014 there remained 767,422 appeals lollygagging around step three while 96% of all ALJ decisions came long after the 90-day statutory deadline.

Those savvy enough to navigate through this Medicare labyrinth, however, find little help from the Federal Court in the District of Columbia. Last July the provider in Mercy Hospital, Inc. v. Burwell lost its bid to apply different reimbursements under Medicare, even after the Provider Reimbursement Review Board held that a contractor applied the wrong formula. In August the Allina Health Services v. Burwell court denied relief to the nine hospitals challenging disproportionate share hospital payments. In early September the Lee Memorial Health System v. Burwell court rejected a challenge to the methods by which HHS calculates the “fixed-loss threshold” under the Medicare program. (42 U.S.C. § 1395ww(d)(5)(A)(iv)) requires that in any fiscal year “[t]he total amount of the [outlier] payments . . . may not be less than 5 percent nor more than 6 percent of the total payments projected or estimated to be made based on DRG prospective payment rates for discharges in that year.”). The American Hospital Association, however, did enjoy a pyrrhic victory in a lawsuit about the aforementioned Medicare appeal kerfuffle. In American Hospital Association v. Burwell, a recalcitrant court begrudgingly made a provider-friendly ruling, even if it opened its opinion with the disclaimer: “The best medicine can sometimes be hard to swallow.”

As it stands, Medicare demands much from the health care providers charged with caring for the program’s estimated 56 million beneficiaries and the $150 billion in 2015 hospital charges they incurred. Medicare’s regulatory landscape is often unforgiving, described as byzantine and surreal while compared to fictional writings such as those from James Joyce and E.E. Cummings. Courts are loath to meddle in the program lest they make things worse. As a result health care providers remain beholden to agencies of the Federal Government. Until health care finds a better way to deliver the estimated $1.2 trillion in 2024 Medicare spending, we continue to care about Medicare, whether we like it or not.