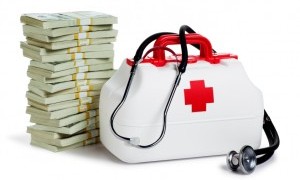 Medicaid expansion made headlines when its constitutionality was challenged before the United States Supreme Court.

Under the Affordable Care Act, the expansion includes coverage for all individuals under the age of 65 with incomes below 133 percent of the federal poverty line. Regulations under the Affordable Care Act also establish health insurance programs for new Medicaid beneficiaries that satisfy the threshold requirements under the individual mandate.  The authority for the Medicaid expansion can be found at 42 U.S.C. § 1396a(k)(1).

The Supreme Court held that Congressional authority includes the Medicaid expansion, although some limitations were imposed.  See National Federation of Independent Business v. Sebelius, 132 S. Ct. 2566 (2012). At the same time,  the Court made it clear that state participation in Medicaid expansion was voluntary.  In their dissenting opinion, Justices Scalia, Kennedy, Thomas and Alito stated: “Congress never dreamed that any State would refuse to go along with the expansion of Medicaid.  Congress well understood that refusal was not a practical option.”

Immediately after the Supreme Court decision on the Affordable Care Act, certain states publicly announced they would reject the Medicaid expansion.  Texas, for example, stated its objection in a July 9, 2012, letter to Kathleen Sebelius, Secretary of the Department of Health and Human Services.

Notwithstanding, states face a difficult decision in rejecting these federal funds, especially since the Federal Government will cover 100 percent of the states’ costs for insuring new Medicaid beneficiaries under the expansion in 2014, 2015 and 2016.  Coverage then drops by one percentage point between 2017 and 2020, leveling out after 2020 at 90 percent. (See 42 U.S.C. § 1396d(y)). Just how expansive the Medicaid expansion will be remains to be seen.