Home / Administrative / The Light at the End of the Tunnel . . . or Cliff

This article was published on June 5, 2014, in Corporate Compliance Insights. 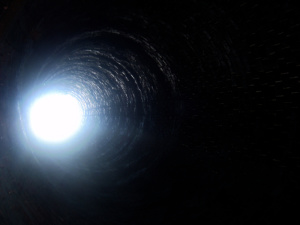 With each passing day health care reform in America gains momentum, even as the chasm between successful and unsuccessful providers continues to expand. Earlier this month, the Federal Government tested the fortitude of the system when it released thousands of regulatory pages explaining the many ways in which Medicare providers will get paid and penalized over the next few years.  Eagerly awaited by those in the field, the 2015 Hospital Inpatient Prospective Payment System regulations for acute care hospitals lives up to all expectations as it journeys through the labyrinth created by such diffuse entities as the Hospital Value-Based Purchasing Program, the Hospital Readmissions Reduction Program, and the Hospital-Acquired Conditions Reduction Program.  Not to disappoint its devoted readers, the Powers That Be issued regulations the same week for skilled nursing facilities, inpatient psychiatric facilities, inpatient rehabilitation facilities, hospices, and federally qualified health centers.

In the midst of the resulting chaos, one promulgation exists as both a beacon of hope and shrine to disbelief in the tumultuous sea of obfuscation that has arisen under the myriad regulations governing modern health care reform.  Originally issued January 18, 2011, Executive Order 13563 stated that each of the federal agencies “identify and consider regulatory approaches that reduce burdens and maintain flexibility and freedom of choice for the public,” as well as “consider how best to promote retrospective analysis of rules that may be outmoded, ineffective, insufficient, or excessively burdensome.”  With another incantation of this Executive Order appearing in a federal regulation named after its very mantra (“Medicare and Medicaid Programs: Regulatory Provisions to Promote Program Efficiency, Transparency, and Burden Reduction; Part II”), the Federal Government is apparently attempting to save the day and welcome the return of any Medicare philistine.  The highlights of its endeavor appear below.

Those long term care (LTC) facilities still operating without an automatic sprinkler that have been out of compliance since August 13, 2013 can breath a sigh of relief, as the new regulations afford up to a three-year extension, subject to certain conditions.  Originally included in a 2008 provision, the Centers for Medicare & Medicaid Services (CMS) articulated that fire safety in nursing homes must be protected by an automatic sprinkler system no later than August 2013.

Even after CMS issued instructions last August to state surveyors on enforcing this regulation, it turns out that many long-term care facilities were unable to meet the deadline due to “financing difficulties faced by some providers” and “the magnitude of the enterprise they are undertaking.” In response, the Federal Government has granted certain facilities the chance to apply for an extension, albeit one limited in scope and based upon a “rigorous review process.”  Even as long-term facilities rush to make a claim for this elusive two-year (and possibility even three-year) extension, CMS will continue to cite those institutions out of compliance. The financial impact of this extension is an estimated one-time savings of $22 million.

After reflecting upon a influx of public commentary, CMS reversed itself on a 2012 rule that allowed for a single governing body to oversee multiple hospitals in a multi-hospital system, provided that at least one medical staff member from each hospital holds a position thereon “as a means of ensuring communication and coordination between the governing body and the medical staffs of individual hospitals in the system.”

Recognizing the potential conflict created by the 2012 regulation, especially for public and not-for-profit hospitals, the new regulation eliminates a need for the governing body from a multi-hospital system to include a member from each hospital’s medical staff, but rather a mechanism to force communication between the system leadership and the individual charged with overseeing each of the different medical staffs.  This includes, in part, “a discussion of matters related to the quality of medical care provided to patients of the hospital” that occurs “periodically” throughout the year.  The frequency with which these discussions occur is left to the discretion of the hospital systems, although CMS offers guidelines for consideration such as the “complexity of hospital services offered,” as well as a need based upon the system’s patient population.

As the discussion over medical staff involvement in hospital governance rages on, CMS has also recognized a need to clarify which health care practitioners qualify for inclusion on a medical staff.  In a previous regulation the Federal Government expanded the list of health care practitioners eligible to join a hospital’s medical staff, and subject to state law, focused at the time on doctors of dental surgery, dental medicine, podiatrists, optometrists, clinical psychologists and chiropractors.  Now, it has  clarified that advanced practice registered nurses, physician assistants, registered dietitians and doctors of pharmacy can also join the ranks of a hospital’s medical staff, provided their involvement does not conflict with applicable state law.

Dietitians Get Their Day

In California, Registered Dietitians (RDs) must undergo formal education in the field of dietetics, among other disciplines, and train for no less than 900 hours before passing an examination.  A false representation that one has satisfied this criteria may amount to a misdemeanor.  Previously, states interpreted past regulations as placing the burden of monitoring the effectiveness of dietary plans on the physician only.

Recent regulations view the RD as “an integral member of the hospital interdisciplinary care team, one who, as the team’s clinical nutrition expert, is responsible for a patient’s nutritional diagnosis and treatment in light of a patient’s medical diagnosis.”  Hospitals can only accomplish such a goal by appointing RDs to the medical staff and/or granting them “specific nutritional ordering privileges.”

One point of contention with the new regulation focuses on the potential “monopoly” this created for the RD industry, excluding the ranks of nutritionists, nutrition professionals, certified clinical nutritionists and certified nutrition specialists. In response to these concerns, the new regulations clarify that the terms “qualified dietitian” and “RD” are not “exclusive of other nutrition professionals qualified to practice in the hospital setting.”  True to the intent of Executive Order 13563, CMS has suggested flexibility, not to mention compliance with state law, before making a final determination.

Just as President Obama noted in the original order, “[o]ur regulatory system must protect public health, welfare, safety, and our environment while promoting economic growth, innovation, competitiveness, and job creation.”   A few months into its fifth year, the Affordable Care Act remains true to its original set of goals, and does not appear to be losing its momentum in its quest to reform health care.