In health care, the primary body of law under which liability may arise is generally the Federal False Claims Act (“FCA”).[1]

Dating back to the American Civil War, the FCA has over time become the “primary litigative tool for combating fraud” for both federal and state governments. At its core, the FCA imposes liability on anyone who “knowingly presents, or causes to be presented, a false or fraudulent claim for payment or approval.” (See 31 U.S.C. § 3729(a)(1)(A).)

In 1965, the United States unveiled its Medicare system, and only seven years later Congress passed the first of many laws focusing on Medicare reform, including:

Section 1886(q) of the Social Security Act (the Act) and section 3025 of the Affordable Care Act (ACA) provide the statutory authority for this non-budget neutral program. The Centers for Medicare & Medicaid Services (CMS) predict that the HRRP will decrease payments to hospitals by as much as 0.3 percent (approximately $280 million) in FY 2013.

On September 27, 2012, Craig Garner and Andrew Woodward will be leading HCCA’s Web Conference entitled The Modern Day Compliance Program: Bridging the Gap Between Integrity and Performance.“

Information for participants will include how to:

Additional information, including how to register, can be found here.

The Centers for Medicare & Medicaid Services released the final rule for the Medicare inpatient prospective payment systems (IPPS) for the 2013 fiscal year (effective for discharges occurring on or after October 1, 2012).  The final rule revises the IPPS for operating and capital-related costs of acute care hospitals and incorporates certain statutory provisions contained in the 2010 Patient Protection and Affordable Care Act, as amended in part by the  Health Care and Education Reconciliation Act of 2010.

When it comes to the Affordable Care Act, there is no shortage of topics upon which the nation can disagree.  As patients lobby to make the provision of medical services a constitutional right, providers share a much different perspective on modern American health care.  To practitioners and non-clinical professionals alike, participation in government sponsored health care programs is in many ways akin to joining the freemasons or pledging a fraternity, the exclusion from which is nothing less than a modern day blackballing by the not-so-secret society known as the Office of the Inspector General (“OIG”).

While Medicare regulations are no picnic,[1] there is no shortage of hospitals participating therein.[2] The exclusion of a hospital from federally funded programs such as Medicare and Medicaid can mean the end for that facility, while for hospital executives, directors, officers, managers, and in-house counsel the repercussions from such an act can amount to the end of a career in health care altogether. … Read more →

Section 3001(a) of the Affordable Care Act (ACA) includes a new section 1886(o) to the Social Security Act and amended 42 U.S.C. § 1395ww to establish the hospital value-based purchasing (VBP) Program.

Under the VBP Program, beginning October 2012 hospitals will face a 1% reduction overall on Medicare payments under the Inpatient Prospective Payment System (IPPS), as these funds will be used to pay for the performance bonuses under VBP Program. By 2015, hospitals that continue to show poor performance ratings will not only be excluded from the bonus pool, they will also face additional cuts in reimbursement. … Read more →

Under the Affordable Care Act (ACA), in 2012 consumers anticipate the return of an estimated $1 billion in rebates from health insurance issuers (issuers).

States, however, retain the option to set a higher MLR, provided the State ensures adequate participation by health insurance issuers, competition in that State’s health insurance market, and value for consumers to ensure that premiums are used for clinical services and quality improvements.  (45 C.F.R. § 158.211.)

While there are specific requirements relating to the aggregation of data in calculating an issuer’s MLR (45 C.F.R. § 158.220), generally an issuer’s MLR is: The ratio of the issuer’s incurred claims plus the issuer’s expenditures for activities that improve health care quality (the numerator) to the issuer’s premium revenue, less any Federal and State taxes as well as licensing and regulatory fees (the denominator).

This article first appeared in the Daily Journal on June 15, 2012.

Throughout history, America’s methods of providing health care have always had an understated yet powerful impact on the way she chooses to wage war.  And yet, this may be the first time that health care is itself under siege. Indeed, the specter of war has provided countless opportunities to test society’s mettle in battle, while forcing those in power to prioritize in terms of their country’s health care. As sides are drawn and campaigns evolve, the strategies of combat take shape in ways previously unforeseen. This is certainly true in contemporary America, though in our modern age of reform it is health care itself that has come under attack.

Medically speaking, advances in science, technology and the provision of health care have commandeered the new millennium, both in practice and politics. And yet, medicine’s inestimable progress since the Civil War is often largely taken for granted by both the decision makers and the recipients of a country that has come to expect state-of-the-art facilities and easy access to providers. A century and a half ago, the delivery of medicine was grossly misunderstood, frequently useless and often barbaric. “Civil War surgeons cleaned their instruments by periodically rinsing them with water, usually at the end of the day. . . . Typically, the operator wiped the blood and other material from his knife with a quick swipe across the front of his large apron, which was usually stained with blood and pus from prior sessions.”[1]

Such an abysmal depiction of health care in the middle of the nineteenth century serves to underscore the catastrophic losses endured by both North and South in the deadliest conflict on American soil, while highlighting the need for a potent, reliable and inclusive health care structure on which to rely.. Dr. Jonathan Letterman, Civil War medical director of the Army of the Potomac, offered a wise analogy describing the relationship between the science of medicine and our ability to deliver it:  “Without proper means, the Medical Department can no more take care of the wounded than the army can fight a battle without ammunition.”[2] … Read more → 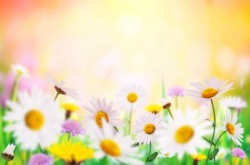