Home / Administrative / What To Do About Broken 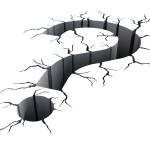 It is no coincidence that life usually starts and ends in a hospital. With almost 5,500 hospitals in the United States today, only by the middle of the twentieth century did these institutions become symbols of hope, slowly creating an inextricable dependence upon which the sick and infirm rely. Nearly a score into the twenty-first century, the hospital represents the primary solution when there is a threat to health. What would happen if the basket holding all of society’s proverbial eggs breaks (assuming this container is not already broken)?

When a hospital unravels the health care provider’s identity splinters.  Collectively, the system responsible for delivering health care to 327 million people shatters. Even with the sanity of mental health parity, health care has recently entered into a state of constant calamity.  Last Year the American Hospital Association estimated that providers spend as much as $39 billion annually on regulatory compliance, including the need for an average of 59 full-time employees who must manage 629 discrete requirements from just four federal agencies.  At the state level, hospitals vacillate between “active shooter” drills and lessons in exercising restraint when a patient is fit to be tied.

As technology advances and medicine’s ability to treat illness expands, as many as one in five Americans still reside outside its reach.  Somewhere between the big city and rural America exists an invisible town where health disparity visits on the weekend.  During the week disparity gets serious and returns home to places like Appalachia and the Deep South. Rural towns host 30% fewer primary care doctors than urban cities, but even those patients fortunate enough to score an office visit may find themselves chasing the big city lights with 87% more specialists.  While the United States has a handful of first class hospitals for which the wealthy sick would die to find a bed, there are far too many hospitals down the street in which the infirm just die, a statistic only slightly better than the 80 rural hospitals in 26 states that have closed since 2010.

With an estimated $3.5 trillion infusion in 2018, the United States still managed to break its health care system, an accomplishment of which even Icarus would be jealous as he plunged from the sky with his melted wings of wax.  That an estimated $230 billion disappears each year along the way through fraud, abuse and waste is something not even Jell-O can comfort, although the Office of the Inspector General (“OIG”) continues to break recovery records with an 85% return on its investment/budget, shepherding as much as 2% of those usurped health care funds back into the fold.

The true miracle is that the OIG can recover anything when its primary authority exists behind the false claims act, a combination of statutes, regulations and case law that strike fear in the hearts of legal scholars, leaving those convicted of such crimes completely baffled by what went wrong. In federal courthouses around the nation, the legendary master jewel thief relinquished title to those found guilty of such vices as unreasonable discount schemes, a free lunch or honest services.

The intricacies of hospital reimbursement have evolved considerably since the passage of Medicare, transitioning in the 1980s away from a cost reimbursement model toward a uniform payment system for specific kinds of treatment.  The 2010 Patient Protection and Affordable Care Act (“ACA”), however, initiated a profound and dramatic nation-wide shift unlike any other.  Emphasizing performance over cost, Medicare introduced the idea that hospitals should be paid in part on its acumen rather than in proportion to the actual money involved in providing treatment. Today, the primary value driven component of hospital reimbursement is equally divided between (a) safety, (b) clinical care, (c) efficiency and cost reduction and (d) patient and caregiver-centered experience. In addition to these benchmarks, hospitals risk penalties and a loss of revenue due to poor performance in certain areas, such as patient readmissions or an unexpected and unrelated decline in a patient’s health during a hospital stay.

SURRENDER: To Yield to the Power, Control or Possession of Another Upon Compulsion or Demand. To Give Oneself Over to Something.

This distinct method of reimbursement created challenges for hospitals in the first few years.  Nevertheless, the federal government pushed the program forward, hoping to deploy a new  monetary methodology in the future for at least half of all patient revenue.  With other incentives in the form of institutional bundling, also known as accountable care organizations, not to mention a billion dollar grant each year rewarding innovation, the federal government made clear its determination. As it turns out, even broken hospitals heal, and across the nation these institutions both large and small began to evolve and adept.  That which was once strange and foreign, the idea that hospitals should focus on performance and the patient experience, became second nature.

In 2017, changes in the political climate took aim at health care, threatening to unravel the entire system like a ball of yarn.  As it turns out, health care is more than just the pot to the plant, but rather it is the plant. The roots of health care will find stable ground in practically any terrain, through deeply flawed economic platforms, and beyond overregulation in the form of the most impenetrable bodies of law in the modern age.

SOLUTION: An Action or Process of Solving a Problem. A Bringing or Coming to an End or Into a State of Discontinuity.

Few people really believed the ACA presented a panacea to the nation’s health care system that long ago passed bent and became broken. Fixing health care is as simple as paving the road on a busy highway in rush hour traffic.  Just as water eventually finds a way out and gravity always wins, the laws of nature also apply to the basic tenets of health care.  The principals of healing found humanity long before science discovered medicine.  Those institutions also known as the hospital, for now at least, remain center stage in the nation’s health care system, even while so many are broken and others just gone. Part Darwin part Christ, the history of health care teaches us that no matter how broken, there is still hope, provided we do whatever it takes to find a solution that comports with the essence of what we are trying to save.  More often than not, salvation exists in plain sight no matter how long we ignore until it escalates into something we can understand.