Home / Administrative / The Senator Will See You Now 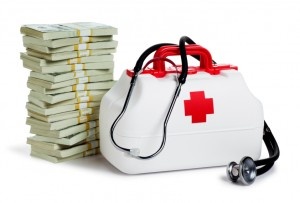 There should be no cause for alarm when it comes to the hospital institution, enveloped as it is by a veritable blanket of seasoned health care practitioners with access to a formidable armory replete with 21st century medicine that defies science fiction, including cutting-edge technology that may have finally surpassed the elusive tricorder.  As the average life expectancy in the United States hovers on the cusp of 79 years, due in part to the acceptance of mental health parity and near elimination of yellow fever, smallpox, malaria, measles and diphtheria, the nation should be proud of its health care system and supportive of the estimated 23% of the nation’s $7 trillion annual budget it consumes.

Yet according to a Congressional Budget Office (“CBO”) report issued last month on the BCRA, Congress may be planning to enact legislation that would increase the number of uninsured by 15 million next year, with an adjustment that would level off at 22 million over the next ten years. To further increase any related confusion, the AHCA and BCRA also eliminate the individual mandate, the employer mandate, the essential health benefits requirement for qualified health plans (beginning in 2020), and taxes pertaining to over-the-counter and prescription medications, medical devices and tanning salons. Additionally, this new legislation proposes to expand premium variation based upon age from the ACA’s 3-to-1 limitation to a new ratio of 5-to-1. Congress may furthermore unleash a payer-driven blitzkrieg if the states alone enforce the minimum medical loss ratio, which under the ACA requires insurance companies to use 80 to 85% of premium revenue for medical care rather than administrative costs and profits.

The United States Constitution makes no mention of a national health care system, although the last century has seen health care elevated from an untrustworthy branch of science into a cherished fundamental right. Recent years, however, have seen partisan politics infecting the situation to such a degree that not even the Executive or Judicial branches of the Federal Government can contain this epidemic any longer. Without denying the influence both President and Supreme Court can have on modern American health care, whether the existing system lives or dies now depends upon the actions of Congress.  Only time will tell if these 535 men and women can calm the seas for a system on the edge of sinking, although the track record through which Congress has historically found solutions provides little confidence.

The 435 members of the House of Representatives and 100 Senators (collectively known as Congress or the Legislative Branch) have been tasked with crafting the laws of the land, a process which often tests the limits and refines the boundaries of the nation’s 230-year old Constitution, not to mention the definition of civility. This 115th Congress is a much different beast than the 34th Congress, which witnessed first-hand on May 22, 1856, when Senator Preston Brooks (D-SC), armed only with his gold-tipped, gutta-percha walking cane, brutally and repeatedly struck Senator Charles Sumner (R-MA) on the head in response to Sumner’s vocal abolitionist beliefs. Today’s preferred Senatorial weapon is the filibuster, whose origins trace back to the 1787-88 Federalist Papers, yet which was at best only a theoretical threat until 1837. During the nineteenth and twentieth centuries, however, more filibusters have spread throughout the Senate floor than Sumner’s blood, and only during the First World War, and under the guise of “national security,” did the Senate establish some control over its combined disruption and effectiveness.

With its compelling four-vote victory in the House of Representatives, the AHCA has recently been touted as the mechanism to repeal and replace the ACA. Likewise, the BRCA should exist on the same fundamental premise, and Senatorial rules of procedure generally protect the nation from such radical change in the absence of a clear mandate. That is why it requires an average of 60 Senators to end a filibuster (invoking cloture under Senate rules), especially when matters of fundamental importance necessitate change by more than a simple majority of votes. One of the few exceptions to the 60-vote requirement is a bill that avoids filibuster altogether, provided it results in a substantial budget reduction, such as reconciliation. Irrespective of the impact reconciliation may have on the budget, one specific Senate rule (the “Byrd rule”) prohibits non-budgetary “extraneous matter” from inclusion in a reconciliation bill.

For the combined efforts of President Trump and a 52-member Republican Senate to repeal and replace the ACA, the only viable option would seem to come from substantial cuts in our health care’s budget, not through change, improvement or any other “extraneous matter.”  The CBO estimates the BCRA will reduce the cumulative federal deficit over the next ten years by $321 billion.  And yet, such legislation does nothing toward creating a new and/or better health care system, but rather “repeals and replaces” through disembowelment, effectively creating a modern-day Maginot Line as a means to protect the delivery of health care to 325 million people in the U.S.

Democracy in the United States depends upon a fundamental balance of power disbursed between three federal branches of government. Although centuries have passed since a monarch ruled the land, the Executive Branch and its iconic leader seem hell-bent on ridding the nation of the ACA, no matter the cost. Whether one is associated as friend or foe of what has come to be known as Obamacare, the greatest threat the nation’s health care system faces is the possibility that the BCRA may result in no system at all. To be sure, staunch opponents to the ACA may believe that no system is better than the status quo, an opinion worthy of Constitutional protection like any other.

If Congress can somehow reconcile AHCA and BRCA, the result may be compared to replacing a broken toaster with a desk lamp.  To be sure, chaos will most likely ensue if the BRCA passes the Senate and President Trump signs into law those budget cuts which amount to technical reconciliation but are championed as the repeal of the ACA.  No matter what the future holds, patients will continue to get sick, providers will continue to treat, and payers will profit, leaving Congress with the eventual challenge of reconciling health care regulations with the bold truth of medical reality. Reform takes shape in many different ways.