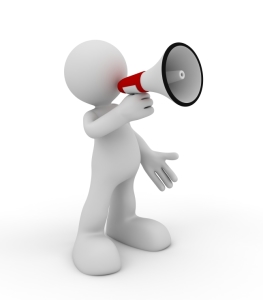 Last year the U.S. Supreme Court held that Section 3 of the Defense of Marriage Act (DOMA) was unconstitutional because it violated the Fifth Amendment. United States v. Windsor, 133 S. Ct. 2675, 2695 (2013).  Section 3 defined the word “marriage” to mean only a legal union between one man and one woman, and so “spouse” could only refer to a person of the opposite sex who was a husband or wife.  1 U.S.C.  § 7.  The Supreme Court argued that the federal prohibition of same-sex marriages that states had lawfully recognized “undermined both the public and private significance of state sanctioned same-sex marriages,” and that Section 3’s ‘‘purpose and effect [was] to disparage and to injure those whom the State, by its marriage laws, sought to protect’’ 133 S. Ct. at 2694-95.

Since Windsor, the U.S. Department of Health and Human Services (“HHS”) has adopted a policy of treating same-sex marriages just like opposite-sex marriages.  Most recently, federal regulations revised the applicable conditions of participation (“CoPs”) for health care providers, requiring consistency with the tenets set forth in Windsor, all of which is designed to ensure that same-sex spouses in legally-valid marriages are recognized and afforded equal rights in Medicare and Medicaid participating facilities. See 79 Federal Register 73873 (Dec. 12, 2014).  Specifically, these new regulations state:

“[W]e are proposing to recognize marriages between individuals of the same sex who were lawfully married under the law of the state, territory, or foreign jurisdiction where the marriage was entered into (‘‘celebration rule’’) (assuming at least one state would recognize the marriage), regardless of where the couple resides or the jurisdiction in which the provider or supplier providing health care services to the individual is located, regardless of any state law to the contrary. We are proposing revisions to provisions throughout the CoPs and CfCs that draw on state-law definitions of ‘‘representative’’, ‘‘spouse,’’ or similar terms that can implicate a spousal relationship. These revisions would promote equality and ensure the recognition of the validity of same-sex marriages when administering the patient rights and services at issue.”