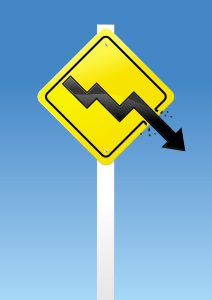 As the federal government waits to assess the accuracy of its prediction, the FY 2015 reduction of 1.50% will finally level off at two percent (2%) in 2017.[7] An additional two years, however, are unnecessary to evaluate the VBP Program under fundamental accounting principles when using a general overview into the ways in which successful and profitable companies operate. Viewed from this perspective, the VBP Program is fundamentally flawed, and data from 2015, 2016, or 2017 will not present opportunities for correction. This article suggests that while smaller hospitals may bear the greatest collateral damage from the VBP Program, larger systems may suffer as well. The number of hospitals forced into financial distress or insolvency by the Hospital VBP Program remains to be seen, although consideration should be given to the number of hospitals lost to their communities it would take to undermine the projected benefits relating to outcomes, safety, and the overall patient experience.

The VBP Program reduces the base Medicare reimbursements for most inpatient acute care hospitals, and in the process creates a “bonus pool” for those hospitals successful in the program, as determined by each hospital’s Total Performance Score (TPS).[8] Since the VBP Program began, calculation of a hospital’s TPS combines measures for specific clinical conditions or procedures[9] as well hospital patient satisfaction scores determined by Hospital Consumer Assessment of Healthcare Providers and Systems (HCAHPS) surveys.[10] Recently, the VBP Program added a new measure that includes in the TPS Medicare Spending per Beneficiary (MSPB) for each hospital, a measure designed to evaluate a hospital’s efficiency by assessing the cost to Medicare of services it performs as well as those of other health care providers during an MSPB episode (which includes all Part A and Part B[11] claims starting from the three-day window before an inpatient admission through 30 days after discharge).[12] The Centers for Medicare & Medicaid Services (CMS) then converts each hospital’s TPS into a value-based incentive payment percentage using a linear exchange function, which ultimately converts each percentage into a modification of a hospital’s Medicare payment per discharge.[13]

For most hospitals in the United States, participation in the VPB Program is mandatory.[14] Beginning October 1 each year, hospitals will lose the percentage per Medicare patient from the overall reduction from the VBP Program, which in FY 2015 will be one and one half percent (1.5%), or $1.4 billion.[15] Hospitals meeting or exceeding the performance standards of the VBP Program will enjoy an increase in its base operating diagnosis-related group (DRG) payment amount for each patient discharge in that FY.[16]

The Cost of Doing Business

In the business world, and certainly in the field of health care, working capital is a critical component to remaining competitive and successful.[17] In comparing highly profitable companies against those with lower performances, one differentiator often includes an analysis of the care taken in the management of cash.[18] One example of the ways in which a company can excel at cash management is by negotiating longer payment terms with suppliers concurrently with accelerated collection practices from customers.[19] For example, a retail company may collect cash or credit card payments from its customers at the time of sale, yet refrain from paying vendors and suppliers for as long as 90 days. With a margin of 50%, sales of $100,000 in goods each month, and fixed expenses of $30,000 each month, the cash flow for this company is shown in Table C:

For many companies, however, the availability of excess cash on hand (as a percentage of total revenue) may be unrealistic.[20] For entities with excess cash, other opportunities may be more attractive than the preservation of cash, such as the acquisition of supplies on a greater scale with added leverage in negotiating price, or alternately, the accumulation of additional interest income. Irrespective of the reasons, the ability to avoid penalties and fees due to late payments is often consistent with company resiliency due to unexpected decreases in revenue or increases in operating expenses.

The Business of Hospitals

For hospitals, cash on hand plays an integral role for survival; perhaps more so than in most other industries.[21] Hospitals generally operate on smaller margins than larger industrial entities, and in health care the role of the coffers is critical when attempting to sustain any charge at profitability.[22] Tables D and E compare a hospital with 30-day supply terms against a hospital with 90-day supply terms.

By operating on 90-day terms, a hospital nearly doubles its cash on hand, thereby affording it an ability to benefit from interest income and increased buying power, not to mention the elimination of fees and penalties, among other things.

Back to the Hospital VBP Program

The VBP Program began in FY 2013 with a one percent (1%) decrease in Medicare revenue for each patient discharge. [23] CMS held this amount, approximately $963,000,000,[24] for use as future bonuses to hospitals under the VBP Program. A hospital with a lower TPS received only 99% of its Medicare revenue in comparison with the prior year, and a hospital with a higher TPS could receive up to 101% of its Medicare revenue in FY 2013.[25] In analyzing the VBP Program from a cash perspective, each and every participating hospital received only 99% of its revenue from the year before, irrespective of the potential for a bonus the following year. This number increased to 1.25% in FY 2014, and will increase to 1.50% in 2015, 1.75% in FY 2016 and 2.00% in FY 2017 and all FYs after. [26] This financial scenario presents a significant deviation from the tables above, even though the effects on a hospital’s cash position remain consistent with the ways in which a hospital pays a supplier. Table F presents the scenario for a hospital collecting 100% of its Medicare accounts receivable, or cash, in a timely manner. In Table G, the same hospital only collects 98% of its Medicare accounts receivable, or cash, in a timely manner, as well as a bonus in the fourth quarter, bringing the hospital back to its original 100% threshold, plus an additional 1% as its performance bonus (an average performing hospital):

Not only does the hospital in Table G fail to reach the same level as the hospital in Table F, but also the average cash is substantially less. For hospitals with de minimus profit margins, the disruption in cash flow as set forth in Table G may create insolvency and even force the hospital to shut its doors. Hospitals in Table F, on the other hand, have the benefit of the available cash to use in any number of ways, including capital improvements, earning interest, and even realizing larger economies of scale or actual, capital growth.

These oversimplified illustrations nonetheless highlight a fundamental principle in accounting, namely that cash is a necessary and critical component for survival. The VBP Program remains unable to quantify the benefits from motivations relating to performance improvement and patient satisfaction, while the inherent risks are all too apparent. These risks, including the depletion of cash and fiscal instability, have become a fundamental tenet of Medicare as it transitions from a system based on cost to one of performance.

[4] “Budget neutral” generally implies that aggregate payments made to participating hospitals do not exceed the amount that would be paid to the same hospitals in the absence of the program. See id. at 50142.

[10] 42 U.S.C. § 1395ww(o)(2)(B)(i)(II); see also 79 Fed. Reg. at 50051 (“While the HCAHPS Survey has been in use for nearly a decade, [CMS] continually review[s] the survey and, when warranted, make[s] changes to improve its content, implementation and data submission processes, and public reporting of its results. For instance, in recent years [CMS] added five new survey items, including the Care Transition Measure, made the patient-mix’s adjustment for ‘language spoken at home’ more granular to account for differences among speakers of major languages, investigated the suitability of new modes of survey administration, and made survey results and analytical tools available to the public via downloadable databases on CMS Web sites.”).

[13] For FY 2014, the slope of the linear exchange function used to calculate the value-based incentive percentages was originally 2.0961880387 (later adjusted to 2.0952951561), and the estimated amount available for value-based incentive payments to hospitals was $1.1 billion. The following charts, previously posted by CMS with the 2014 Inpatient Prospective Payment System Final Rule were proxy value-based incentive payment adjustment factors, calculated using historical baseline and performance periods. In FY 2014, the hospital incentive maximum was 1.25%. See 78 Fed. Reg. 50496, 50678 (Aug. 19, 2013). Table A below shows the ten hospitals scoring at the bottom and Table B shows the ten hospitals scoring at the top, all of which are identified by their provider number or CMS Certification Number (CCN), defined at 77 Fed. Reg. 29034, 29036 (May 16, 2012):