The following E-Bulletin discussing a recent OIG Report on Medicare and CAHs was published on March 18, 2015, by the State Bar of California, Business Law Section’s Health Law Committee. 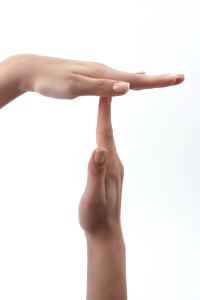 The following summarizes a recent report by the Office of Inspector General (OIG) that found Medicare could have saved billions over a 6-year period at Critical Access Hospitals if swing-bed services were reimbursed using the skilled nursing facility prospective payment system rate.

To ensure that beneficiaries in rural areas have access to a range of hospital services, Congress established the Rural Flexibility Program, which created Critical Access Hospitals (CAHs). CAHs have broad latitude in the types of inpatient and outpatient services they provide, including “swing-bed” services, which are the equivalent of services performed at a skilled nursing facility (SNF). Medicare reimburses CAHs at 101 percent of their reasonable costs for providing services to beneficiaries rather than at rates set by Medicare’s prospective payment system (PPS) or Medicare’s fee schedules.

For a hospital to be designated as a CAH, it must meet certain Conditions of Participation (CoPs). Some of these CoP requirements include: (1) being located in a rural area; (2) either being at a certain distance from other hospitals or being grandfathered as a State-designated necessary provider; (3) having 25 or fewer beds used for inpatient care or swing-bed services; and (4) having an annual average length of stay for a patient that does not exceed 96 hours.

Inpatient Medicare beneficiaries at CAHs may transition or “swing” from receiving such inpatient services to receiving SNF services without physically changing beds within the hospital. Because these services are provided in an inpatient setting, beneficiaries typically do not incur any copay while in swing-bed status. Unlike CAH swing-bed services, which are reimbursed at 101 percent of “reasonable cost,” Medicare pays for SNF services provided in SNFs at predetermined daily rates (under the SNF PPS). The daily rates vary on the basis of the resource utilization group to which a beneficiary is assigned. These payment rates represent payment in full for all costs (routine, ancillary, and capital-related) associated with furnishing covered SNF services to beneficiaries. Similarly, Medicare pays SNF services provided in non-CAHs at the same SNF PPS daily rates.

CAHs must meet the requirements set forth in the CAH CoPs to receive CAH certification, although before January 1, 2006, states had discretion to designate a hospital that did not meet the distance requirement as a “necessary provider” CAH. As a result, the number of hospitals classified as CAHs and the corresponding total Medicare reimbursement for swing-bed services at CAHs increased. Effective January 1, 2006, states were prohibited from creating new “necessary provider” CAHs, but existing “necessary provider” CAHs were allowed to retain their CAH status indefinitely, as long as they continued to meet all other CAH requirements. In a 2005 report to Congress, the Medicare Payment Advisory Commission stated that cost-based reimbursement has led to more rapid cost growth among CAHs than other rural hospitals. This cost growth was related specifically to post-acute skilled care services provided in swing-beds.

This growth continued, and CAH swing-bed usage increased from about 789,000 days in calendar year (CY) 2005 to about 914,000 days in CY 2010. Medicare’s annual expenditures for these services almost doubled during that six-year period; expenditures exceeded $1.1 billion in CY 2010.

By estimating potential savings through comparing reimbursement methodologies at CAHs and other facilities offering similar SNF-type services, the OIG report found that swing-bed usage at CAHs has significantly increased from CYs 2005 through 2010, and Medicare spending for swing-bed services at CAHs has steadily increased to, on average, almost four times the cost of similar services at alternative facilities. Of the 100 CAHs sampled, 90 had alternative facilities within 35 miles with alternative skilled nursing care available. On the basis of these sample results, it is estimated that swing-bed services provided at 1,080 of the 1,200 (or 90 percent) of the CAHs in the sampling frame could have been provided at alternative facilities within 35 miles of the CAHs during CY 2010. Under such framework, Medicare could have saved $4.1 billion over a six-year period if payments for swing-bed services at CAHs were made using SNF PPS rates. The complete OIG report can be found here.