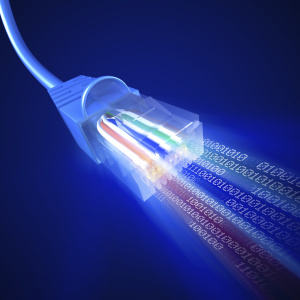 If bit rates are the standard measurement for telecommunications, hospital beds present the equivalent in health care. When forestalling death or permanent injury, most health care practitioners prefer a hospital bed if options in venue exist. Like a hot spot at any local coffee shop, however, not all hospital beds are the same. While national standards for accreditation and certification exist to protect the public from health care delivered at a standard comparable to dial-up Internet access, the simple fact is that some hospital beds are better than others, and getting patients to the best possible bed is the first order of business.

Modern American health care has reached an epic crossroads on its path to reform, and at this juncture we as a nation should consider whether we would prefer a system that centers on health care provided from a standard hospital bed in a nearby locale, or rather one that relies on an infrastructure that focuses on transporting the patient from any corner in the U.S. to an institution of excellence. Unfortunately, our nation’s health care system is evolving at such a rate that if we delay this decision much longer, we may find out that the roads are closed in both directions.

In 1946, the U.S. passed a bill to ensure that every group of 1,000 people should have access to 4.5 hospital beds. Known as the Hospital Survey and Construction Act (the “Hill-Burton Act”), this act of Congress focused on bringing much needed care to a community 141-million strong. The success of Hill-Burton is contested to this day, and since the passage of Medicare in 1965, the U.S. has seen a dearth of similar institutional movements.

Congress and the executive branch have employed varying degrees of reform, at times monumental, designed to address and repair the broken machinery found within our nation’s health care structure. Perhaps the recent changes to the foundations of our health care system brought about by the Affordable Care Act make this the proper time to take a different approach.

According to estimates by the American Hospital Association, the U.S. offers approximately 920,829 hospital beds for its nearly 318 million inhabitants. Data from the association suggests that our health care system is still 1,431,000 beds shy of meeting the burden of Hill-Burton (averaging approximately 2.89 beds per 1,000 people today). To make matters worse, the recent closings of several community hospitals across the country, such as Palm Drive Hospital in Sonoma County, Calif. or Hayward Park Hospital in Hayward County, Tenn., may have added even more distance to the 1946 goal. Of course, the citizens of Sebastopol, Calif., and Brownville, Tenn., are certain to be more concerned over the recent loss of local beds than the meeting of a half-century old federal quota.

The increase in hospital closings nationwide is nothing short of an epidemic, but it remains unclear if we have successfully identified the underlying disease. There is no rainbow in the distance to mark economic optimism for community hospitals, as evidenced by the recent release of the 2015 federal regulations for inpatient hospital reimbursement under the Medicare program. Rather than deploy precious resources in an attempt to save those health care institutions sputtering on the brink of insolvency, we should consider a focus on national efforts to create an infrastructure that links key hospitals to remote communities that are unable to sustain facilities of their own. Though the monies spent in Haywood County on providing additional ambulances and improving the 30 miles of road between the recently closed Hayward Park Hospital and the next closest institution are certainly critical to the region at this juncture, such a strategy fails to address the overlying systemic problem that promises to claim another community hospital in the immediate future.

The U.S. may never reach the numbers proposed under Hill-Burton, much less the ratio of 6.5 hospital beds per 1,000 people available in Belgium, the 13.2 in South Korea, or the 13.8 in Monaco. Belgium will never grow larger than Maryland, South Korea may not eclipse Kentucky in size, and those who call the Principality of Monaco home may not be familiar with Raisin City, California, or that both expand to just about 0.75 square miles. Still, a shift in focus to maintaining and creating hospitals like UCLA Medical Center and Stanford Hospital in California, New York-Presbyterian University Hospital in New York, or Northwestern Memorial Hospital in Illinois, and making them available to a broader patient base, may create an outcome to surpass the most optimistic expectations 1946 Sens. Harold Burton or Lister Hill.

The future of health care in the U.S. may no longer depend upon saving every community hospital, although any one closure will always remain tragic to the communities they serve. On the other hand, creating an infrastructure that would help the citizens of Brownville circumvent the 64 miles to Methodist Hospitals of Memphis, Tenn., faster and safer may in time be a viable option that would offset the obvious risks to the town’s inhabitants. Even so, such a solution would come at a price. Just as the 1956 Federal Highway Act took 10 years to create 41,000 miles of interstate travel, a dynamic hospital infrastructure of equal proportion would require patience and flexibility in its initial stages. This is the cost of progress in today’s health care climate.

To be sure, it is little more than a nuisance to abandon the home dial up Internet connection and head to the office and its 500 megabits per second download speed on a Sunday afternoon. On the other hand, a transformation of our health care infrastructure into a system that functions at the levels demanded by modern society from its institutions of medicine would be truly epic.