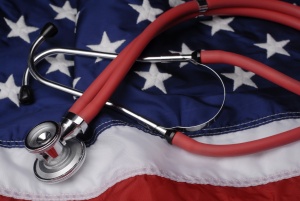 Throughout Obama’s tenure, numerous other attempts designed to retard or even sabotage various aspects of the ACA passed the House with flying colors, such as the 2014 bill suspending the Individual Mandate penalty. It was not until 2015, however, that both the House and Senate passed the “Restoring Americans’ Healthcare Freedom Reconciliation Act of 2015,” a bill vetoed by President Obama in early 2016.  Most recently, on May 4, 2017, the House passed the latest attempt to repeal and replace the ACA by a slim margin of four votes (217-213). Fueled by the nation’s enigmatic, 45th President and coming just six months after the Chicago Cubs won their first World series in 108 years, the “American Health Care Act of 2017” (“AHCA”) seems to have everyone’s attention, even if the actual contents of H.R. 1628 remain elusive at best to both experts and laymen alike.

In its opening pages, the AHCA makes clear its intent that institutions of family planning, reproductive and related care, including abortions, should have no place in modern American health care. Medicaid Expansion, too, is no longer a welcome concept as of January 1, 2020, although Congress continues to smile on those states that have thus far resisted expansion’s siren song. Furthermore, the sun that shines over the ten essential health benefits at the heart of the ACA is set to set as of January 1, 2020. For those still keeping score, these ten essential health benefits, which are mandated by the ACA in a qualified health plan, include (1) ambulatory patient services, (2) emergency services, (3) hospitalization, (4) maternity and newborn care, (5) mental health and substance use disorder services, including behavioral health treatment, (6) prescription drugs, (7) rehabilitative and habilitative services and devices, (8) laboratory services, (9) preventative and wellness services and chronic disease management, and (10) pediatric services, including oral and vision care. After all, without the influence of the Individual Mandate punishing those without a qualified health plan, qualifiers become less important.

Under the ACA, cost-sharing subsidies work by reducing a person or family’s out-of-pocket costs when they use health care services, such as deductibles, copayments and coinsurance.  Unlike the premium tax credit (which can be applied toward any metal level of coverage), cost-sharing subsidies can only be applied toward a silver plan, which in essence increases the actuarial value of a silver plan, in some cases making it similar to a gold or platinum plan.  These cost-sharing subsidies, which are only available to the lowest-income marketplace enrollees who meet all of the other criteria for receiving the premium tax credit, will be repealed under the AHCA for plan years beginning January 1, 2020.

The AHCA establishes the “Patient and State Stability Fund” to provide funding to all 50 states and the District of Columbia starting January 1, 2018, and ending in 2026.  States may use these funds as follows:  (1) assisting high-risk individuals who do not have access to health insurance through an employer; (2) providing incentives to certain entities who contract with the state to help stabilize premiums for health insurance coverage; (3) reducing the cost for providing health insurance coverage in the individual market and small group markets; (4) promoting participation in the individual and small group markets; (5) promoting access to preventative services, dental care services, vision care services, prevention, treatment or recovery support services for those with mental or substance use disorders, or any combination thereof; (6) making payments to healthcare providers as appropriate under the law; (7) assisting in reducing out-of-pocket costs such as copayments, coinsurance, premiums and deductibles of individuals enrolled in health insurance coverage. These so-called block grants for states will begin at $15 billion in 2018 and then decrease and remain at $10 billion from and including 2020 through and including 2026.

The AHCA will also repeal the ACA’s premium tax credit, starting January 1, 2020.  The small business tax credit shall remain generally intact, unless of course a plan includes coverage for abortion (excluding any such operation necessary to save the life of the mother or any pregnancy that is the result of an act of rape or incest), in which case the plan loses its qualified health plan status. Nevertheless, employers still have the option to purchase or otherwise offer separate coverage for abortions, provided the coverage does not compromise eligibility for the small business tax credits discussed above. Rest assured, the treatment of any infection, injury, disease or disorder that has been caused by or made worse by the performance of an abortion shall find coverage under the AHCA. Also effective January 1, 2016 (thereby having no impact on taxes circa 2017), the Employer Mandate ends.  Finally, those who have forfeited fake tans since 2010 will be happy to note that the AHCA repeals the controversial “tanning salon tax,” starting January 1, 2018.  Also repealed in January are the tax on prescription medications, remuneration from certain insurers and the net investment income tax.

The MacArthur and Upton Amendments

Under the AHCA, a 30-percent premium hike will replace the Individual Mandate (eliminated back to January 1, 2016) to inspire continuous health insurance coverage for most of the adult population, while those dependents also known as Generation Y must obtain coverage during the first open enrollment period after turning 26. Starting in 2018, insurance premium rates between young and old may vary by as much as five to one, a jump from the ACA’s three to one limitation

The MacArthur Amendment adds new language to Section 300gg, authorizing states to submit an application (which unless specifically denied in writing by the federal government within 60 days of submission is deemed accepted) to waive certain limitations set forth above. On or after January 1, 2018, states may apply a ratio greater than three to one for adults, with certain limitations.  Effective January 1, 2020, states can modify the essential health benefits for qualified health plans in the individual or small group markets. These waivers may not extend for a period longer than ten years unless a state requests its continuation, and absent a written denial by the federal government within 90 days from submission, the request will be deemed granted. The MacArthur Amendment also states that nothing in the AHCA shall be construed to permit health insurance issuers to discriminate in rates for coverage by gender, and specifically nothing in the AHCA “shall be construed as permitting health insurance issuers to limit access to health coverage for individuals with preexisting conditions.”

Both sides of the debate should continue to be concerned as to where limitations due to preexisting conditions and increased flexibility on premiums overlap. The Upton Amendment provided some added protection by increasing the $15 and $10 billion appropriations with an additional $8 billion “for the purpose of providing assistance to reduce premiums or other out-of-pocket costs of individuals who are subject to an increase in the monthly premium rate for health insurance coverage” in states with an approved waiver. However, whether or not this $23 and $18 billion dollars annually will have a comparable result to eliminating preexisting conditions from the insurance equation is yet to be seen.

When attempting to make such a major change, our nation’s political process mixes constitutional principles with laws passed by federal and state governments, all of which is subject to veto by the executive branch or review by the judicial branch.  Sometimes, however, the strongest influence on the American health care system is timing, at least with respect to how long certain issues may take before a resolution is decided and acted upon. Perhaps the greater concern with the AHCA is not what it says, but rather what it omits. It is preposterous to believe the idea that a mere 200 pages of legislation can effectively replace not just the initial 906-page outline defining the ACA, but also the tens of thousands of regulatory clarifications promulgated by the federal government over the past seven years. Modern healthcare has become far too complex for a quick fix. While the ACA may exhibit its share of opportunities for improvement, the AHCA is set to employ its truncation technique much like surgeons on the front lines of the American Civil War relied upon amputation.  If nothing else, the provision of health care over the past 150 years has evolved into a system that attempts to build upon past knowledge in an effort to understand and learn, and therefore grow, rather than simply extricate. It would be unfortunate if the laws governing the use of these provisions did not follow suit.