Home / Administrative / Health Care and the Laws of Nature 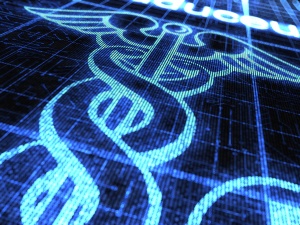 Whether divine warnings or stories told to invoke fear, science celebrates similar transgressions as evidence that God may be man-made. Whether we live in a universe forged over billions of years or in just under seven days, what are the malleability of nature’s laws? In 1903 Orville Wright elevated above the ground for 12 seconds in a gasoline-powered, propeller-driven biplane, but his legacy exists today in the context of war, travel and commerce. The impact from fire on an evolutionary timeline often omits reference that 10,000 years ago a spark may have transformed tuberculosis from an environmental microbe to a deadly disease that has killed more than 1 billion people. When science finally resurrects the dinosaurs, we can ask them about nature’s resilience.

The Practice of Medicine

The practice of medicine is no different. Modern health care saves lives and blurs the resolution of our moral compass. While love lost to another is a common theme throughout history, few are prepared to accept love lost to death. Medicine has made herculean leaps in cheating death, but how far will it extend before losing love to illness or disease? The previously unexplained is now seen differently in the context of science, but to hospital patients with incurable disease, this distinction is little more than semantics.

Whether or not we believe in miracles, certain advances in medicine are nothing short of miraculous. In 1944, doctors performed heart surgery for the first time. In 1952, Jonas Salk took the first step toward eradicating the dreaded polio virus. Today, scientists can administer vaccines to cure many diseases, some even after infection, not to mention the controversial practice of injecting a patient with his or her own cells to help repair vital organs. To this Aeschylus may suggest infirme, cura ipsum (the ill, cure yourself).

Still, life and death are not quite what they used to be. While Locked-In Syndrome may have been mistaken for death in the past, it is different from an ordinary coma (medically induced or from illness or injury), a persistent vegetative state or brain death. To those without any medical training, such nuances may not halt preparation of the funeral pyre, although the spontaneous autoresuscitation after failed cardiopulmonary resuscitation, also known as Lazarus syndrome, just simply befuddles medicine. There is technically no rush to make a patient’s last medical determination, but ethical and legal events such as autopsies and organ harvesting depend upon this as a necessary and unavoidable condition precedent.

The right to die has also evolved from what was once commonly known as “suicide” into a constitutional issue integral to the ways in which our nation defines federalism. These same laws shed some light on the dangers of addiction and drug overdose, too. Whether used for medicinal purposes, recreationally or to legally assist with death, make no mistake, barbiturates are back, and unless a compounding pharmacist prepares the drug cocktail, there is a risk of failure which could then lead to certain conditions listed in the previous paragraph.

At the other end of the spectrum, as the media prepares for what some declare to be the end of Roe v. Wade, medicine’s understanding of life has changed considerably since 1973 when the U.S. Supreme Court protected a woman’s decision to terminate a pregnancy. In 2014 doctors delivered an infant girl weighing 410 grams just 21 weeks and four days into her mother’s pregnancy. The third trimester, a seminal event in Roe v. Wade, begins around week 28. Throughout the next three decades, some advances in medical technology minimized risk and pain to the mother who made her choice, but in 2000 the U.S. Food and Drug Administration finally approved the use of medication, which today is about 98 percent effective when taken early in the first trimester.

Also new to pregnancy since Roe v. Wade, it is standard practice to administer a series of tests to assess the baby’s health throughout development. The end result comes through statistical information for the would-be parents to consider if they should be. Without debating the ethics and morality of abortion, many of these tests seek to ascertain the health of the fetus and predict the odds of certain birth defects. The number of things about which a pregnant couple can worry is staggering. By incorporating these tests with such relevant factors as the age and overall health of the mother and the genetic background of each parent, doctors can provide a statistical model, the product of which provides parents with peace of mind if the chance of defect is low, or an opportunity to pursue other options if the outlook is not favorable.

The Book of Revelation (13:16-17) with its unique spin on the laws of nature describes a certain mark on the hand or forehead that will bear unimaginable significance on Judgment Day. For health care in the United States, Judgment Day is every day, even if the actual mark remains elusive. Medicine is a work in progress, and perhaps these fading lines between life and death were never really clear at all. For the laws of nature we portend to break, they remain without even a scratch, evolving over time while redefining that which is unknown today and raising new questions previously unasked. Rather than defining health care as life or death, the emphasis should be on progress. Religion can stay in the operating room, provided it casts no stones at those responsible for creating exceptional or even meaningful progress.