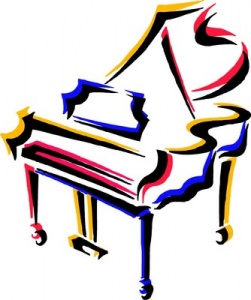 “When we are no longer able to change a situation – we are challenged to change ourselves.” – Viktor Emil Frankl

With four flat notes, the scale of F minor celebrates sadness while commanding infinite visceral responses to all seven tones.  The English language, on the other hand, offers only a handful of anagrams for these same seven letters, although its best effort can only make use of five. Music creates emotional snowflakes, so we forego the need to reconcile different sounds made by the piano and its 2,500 parts.  The Scrabble enthusiast, however, best performs with only two combinations, each scoring a paltry 11 points.

Comparing expression through word or song does not reveal one better than the other, although it may present certain challenges when the piano holds a conversation with the clerk at the neighborhood market.  My five-year old son offers at least one solution, even if he is unable to spell the two high-rolling Scrabble words “decaf” and “faced.” Upon hearing an F minor scale for the first time, he turned to me and said: “Papa, that is so sad.”

If health care was a piano, acute care hospitals and their 14,400 different codes under the International Statistical Classification of Diseases and Related Health Problems, tenth edition (“ICD-10”) practice C major scales on a regular basis.Psychiatric acute care hospitals and their few hundred codes set forth in the Diagnostic and Statistical Manual of Mental Disorders, fifth edition (“DSM-V”) offer treatment that sounds like F minor, unless it includes the ten separate sub-classes of substance-related disorders, which may resemble the scale of D minor with its solitary flat note.  Juxtapose ICD-10 and DSM-V even slightly and the result is dissonance, as health care rarely combines with grace matters of the mind and body.  Life, however, does not exist in separated silos, so when the boundaries of treatment remain incompatible, patients suffer.

Health care struggles to combine psycho with somatic, yet when major and minor chords on a piano join forces, musicians call this “progression.”  As just one example of the disharmony in health care,  the typical “go to” for healing the body is prescription medication, the cost of which may exceed $600 billion by 2021. Within this medley of pills exists the one in six Americans who take psychiatric medication to relieve depression and anxiety, among other conditions.  For those who repeat the song for too long, they flirt with addiction, the leading cause of death of Americans under 50. Somewhere within this statistic are those who simply no longer hear the music, no matter how loud it is, as well as those compelled to harm themselves just to make the sounds subside.

On a national level there is divide amongst the individual states when it comes to physician-assisted suicide, legal in some, not permitted in others, and recently unclear in the nation’s most populated state.  Traditional, non-physician-assisted suicide, holding firm as the tenth leading cause of death in the United States with an estimated $69 billion price tag annually, often creates disharmony for the friends and family left behind to figure out what went wrong.  Let us not forget, too, the 1.12 million annually who succeeded in becoming a suicide attempt statistic.  The ways in which substance abuse and suicide intersect is also curious. Suicidal thoughts that accompany the early days of a twelve step program are rarely welcome, yet certain physician-assisted suicide states prefer barbiturates for the task at hand. With states passing new laws affecting both, the right to die and the right to get high are inextricably confusing in health care.

Third Movement: Searching for a Solution

When Beethoven’s Ninth Symphony (incidentally in D minor) premiered in 1824, it was the first example of a major composer using voices in such a production. One of the most performed symphonies around the world today and regarded as the composer’s magnum opus, Beethoven never fully enjoyed the performance because by the time it premiered he could no longer hear. While health care should not be faulted for recognizing possible limitations in a blind ophthalmologist or octogenarian orthopedic surgeon, twenty-first century modern medicine can’t hold a candelabra to Beethoven because he did what no one else thought could be possible. Modern medicine, however, is stuck in its overture.

Health care is trying, however.  The Paul Wellstone and Pete Domenici Mental Health Parity and Addiction Equity Act of 2008 (“Mental Health Parity”), as amended by the Affordable Care Act, prohibits financial requirements and treatment limitations for mental health and substance abuse benefits in group health plans from being more restrictive than those placed on medical and surgical benefits.  While in theory Mental Health Parity recognizes the equality of illness within the two differing factions, in practice the notion behind parity falls on deaf ears. For a society in which half of the population has been or will be diagnosed with a mental illness or disorder at some point in their lifetime, not to mention the group behind the third most common cause of hospitalization for adults ages 18 to 44, when it comes to Mental Health Parity, society is lost in tonality.

Health care will never find salvation through a magic pill or new government agency, but the system may improve over time through practice and patience. Payers remain least likely to complete the bridge connecting the health of body and mind, especially since Mental Health Parity obligates health care insurance to carry the cost. Patients sometimes cannot find this bridge, unless it serves as a platform from which to jump or if from underneath they become part of the 175 people who die each day from a drug overdose.

The health care provider, on the other hand, is best positioned to spread parity throughout the country, albeit not overnight. Health care must learn how to connect matters of the mind and body just as the piano integrates 88 keys with 240 strings. Such a feat does not happen through construction alone, but miracles occur after deploying these instruments of change. As the health care system clears the path for parity, patients must develop a deeper understanding about the ways in which mental and physical health intersect, as well as the paths on which they do not.

Although never black and white, these conditions may afford the provider an opportunity to treat the mind and body concurrently.  Tasking health care with such a challenge may seem daunting if not impossible at first, but society has little choice but to act otherwise.  After all, it took Wagner three acts to resolve The Tristan Chord.  There will always be hope, however, as that same son of mine reminded me recently anything is possible after listening to Chopin’s Nocturnes, Op. 55, No. 1 and finally embracing F Minor.  For something like this to occur, whether on an individual basis or across the nation, we must always keep our mind open and perspective sharp.