Home / Administrative / What Are We Fighting to Reform? 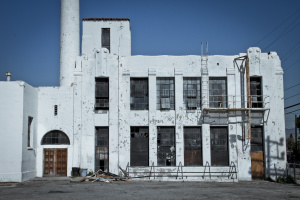 As in baseball, the history of war favors the home team, especially when the home team prevails.  Not surprisingly, those who come in second place on the battlefield have little say in the telling of the tale. What became of the Ottoman and Austria-Hungarian Empires receives anecdotal attention, though those who live in Istanbul, Vienna and Budapest remember the Great War much like the City of Buffalo remembers Scott Norwood. So, too, will the success or failure of America’s struggle to provide universal health care be decided in the grand scheme, with little thought given to the smaller scale of unfortunate losses incurred upon the way.

As the war over health care reform enters its fifth year, the individual mandate and health insurance exchanges remain fixed in the nation’s mind.  Still, few may remember that Medicaid beneficiaries were once called “recipients,” or that “CLASS,” one of the many casualties thus far, once meant the Community Living Assistance Services and Support program.  Even as health care reform brandishes the new muscles that have sprouted from its recent maturity and pushes ever forward to victory, across the nation towns with unfamiliar names have lost their most precious resource, access to health care.  This escalating contradiction may obfuscate whether America is winning the war in its attempt to expand coverage, or merely drawing attention to a handful of high profile battles.  Statistics aside, towns such as Corcoran, California (whose namesake hospital closed in September 2013), Terrell, Texas (Renaissance Hospital – closed in February 2013), Florala, Alabama (Memorial Hospital – closed in December 2013), and Pennington Gap, Virginia (Lee Regional Medical Center – closed in October 2013) are sure to view the effects of health care reform from a unique and intimate perspective.

While health care reform’s successes and failures are most often examined on national and state platforms, by the nature of their function hospitals themselves are built with a decided focus on community.  For towns recently stripped of their local facilities such as Weimer, Texas (Colorado-Fayette Medical Center – closed in July 2012), Thomasville, Georgia (Southwestern State Hospital – closed in December 2013) and Glenwood, Georgia (Lower Oconee Community Hospital – closed in February 2014), the national victories of the 2010 Patient Protection and Affordable Care Act come at a very personal cost.

In times of war the rules of engagement can be malleable at best, and we come to understand individual battles through historical hindsight often crafted by the victor.  The British executed Nathan Hale for treason in 1776, yet he is Connecticut’s state hero. Connecticuters traveling to Europe, however, will not see any fireworks in the United Kingdom on July 4.  Two centuries later, June 6 has different meanings to Germans, Americans and those who call Normandy home, and even as the United States celebrated the end of the Second World War, the events that took place almost 6,000 miles away on August 6 and August 9, 1945, have not been repeated in 68 years.

On both federal and state levels, the United States protects actions of “self-defense,” including at times offensive measures in proper response to situations where no other reasonable option may exist. But if the aims of reform are truly defense-based in the interest of self-preservation, what remedies exist for the estimated 13,500 residents of North Adams, Massachusetts, 500 of whom are now unemployed, after its hospital closed last month, forcing those in need of care to travel a minimum of 18 miles?  While the aims of reform must certainly be wide-sweeping in its effort to engage an entire nation, it is important to remember that the loss of each local hospital equals the loss of a battle whose impact might one day color the history of American health care as a whole.

Historical scholars contend that the Battle of Saratoga transformed colonial terrorists into American heroes, just as the Battles of Gettysburg and Vicksburg reduced the legacy of Jefferson Davis to an historical footnote. The same mercurial perspective can be said to threaten America’s current health care struggles. Even as the Affordable Care Act fights on a national scale to establish broad reaching standards that will ensure a service considered by most to be a fundamental right, the provision of health care will always remain a commodity of, by and for the community. Stripped of meaningful access to basic emergency medical care, what options exist for the rural towns that can no longer count on access to local care?    Without functioning facilities, our struggle to provide universal coverage is superfluous, and for those rural communities who must sacrifice their care while the ACA reaches maturity, the closing of each hospital door resonates as loudly as gun fire on the battlefields of Lexington or Fort Sumter.