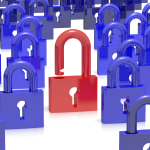 According to the report:

“Breaches of this type are preventable. An affordable solution is widely available – full disk strong encryption, to the standard set by the National Institute of Standards and Technology. This is a lesson that must be learned by the health care industry and applied not only to laptops and portable media as we recommended in last year’s report, but also to computers in offices. The desktop computer in an office can be encrypted when shut down at night and decrypted in the morning. If someone should break in after hours and steal the computer, the data on it would not be accessible. Even small practices that lack full-time information security and IT staff can do this. They owe it to their patients to do it now.”

In addition to state laws protecting privacy, federal regulations under the Health Insurance Portability and Accountability Act of 1996 (HIPAA), the 2009 Health Information Technology for Economic and Clinical Health Act (HITECH), and subsequent amendments thereto (including 75 Federal Register 40868 (July 14, 2010 (proposed rule)) and 78 Federal Register 5566 (Jan. 25, 2013) (final rule)), set forth range of possible penalties when there is a compromise of protected health information.