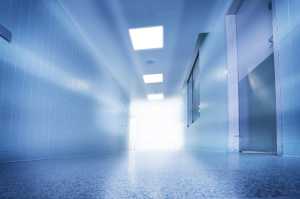 When discussing the prospect of change to the structure of the American health care system, a little background is in order. Historically, the pharmaceutical industry has yielded to certain cyclical patterns that emerge when a new drug or treatment is introduced to the marketplace or new regulations come into effect, resulting in an initial surge followed in time by greater restraints imposed from both the federal and state level. Since its inception in 2010, the Affordable Care Act has in many ways preempted these cycles as it seeks to provide a nearly universal health care blanket by constructing a new foundation made of regulatory building blocks aimed at shifting emphasis from a cost based to a performance driven philosophy that it believes will reduce fraud and waste, thereby lowering costs across the board.  Within its folds exist a number of pharmaceutical specific studies and programs designed to more accurately police the industry as the federal government attempts to curtail spending. With the emergence of the ACA, today’s pharmaceutical companies find themselves in an all too familiar situation, overlooking a vast new horizon of potentiality while beset by a host of new rules, where the prospect of greater market opportunity grapples with the restrictions that accompany increased regulation.

With cost savings as not only its driving force, but also the effective public barometer gauging the plan’s success or failure, the ACA has taken an aggressive stance toward what the Federal Government views as wasteful spending.  With this in mind, the best course of action for those in the field of pharmaceuticals would be to learn from history and not fall victim to the mistakes of the past by underestimating the effects of well-enforced regulations. This is especially true under the changes set forth by the ACA in its bid to restructure reimbursements and prevent misuse of information. Bundled within the core tenets of the ACA is the newly enacted Physician Payment Sunshine Act, which, despite its benign moniker, wields an impressive set of muscles as it seeks to promote transparency in the dealings between physicians and group purchasing organizations, as well as the pharmaceutical, medical device and biologic industries. By September, 2014, CMS plans to track all information pertinent to the relationships between physicians and those in related fields through a public database available on its website. In doing so, this marks a significant development in the Federal Government’s commitment to policing the health care industry and hints at the resolve behind the fledgling ACA’s long-term goals vis-à-vis the pharmaceutical industry.

With its assertive approach to cost savings and a decisively sink or swim mentality, it is but a matter of time before the ACA implements further changes aimed at the relationship between pharmaceutical companies and the patients and providers they serve.  In fact, a recent study conducted by the Office of the Inspector General (OIG) for the fiscal year 2011 concluded that if Medicare had embraced a prescription drug rebate plan under Medicare Part B similar to the one held by Medicaid, the program would have netted an estimated $2.4 billion, excluding implementation costs.  Furthermore, it suggested that the total would be higher if pharmaceutical manufacturers were required to pay AMP-based rebates for high-expenditure Part B drugs. Though initially rejected by the Centers for Medicare and Medicaid Services (CMS), the projected savings from such a program are so enormous that those in the pharmaceutical industry would do well to plan long-term strategies around the emergence of a similar plan to be announced in the not-too-distant future.

The boldness inherent at the core of the ACA has its positive side for the pharmaceutical industry as well, however.  Along with its zealous approach to regulation, the ACA also brings with it a host of new opportunities that bode well for the makers of pharmaceuticals, not least of which is the ACA’s acceptance of drug and alcohol addiction as chronic diseases that fall under the responsibility of modern health insurance plans.  In classifying addiction as a disease rather than a lifestyle choice, this stance marks a significant reversal in government philosophy, and paves the way for a new industry-wide focus on the research, development, and distribution of addiction related treatment and medicines.

This move is a result of the effort to cut down on the $120 billion spent each year addressing health care related issues of addiction, and spotlights the program’s emphasis on preventative care. Representing a new patient group estimated at 40 million people, the ACA mandates that health insurance companies provide substance abuse treatment, while encouraging physicians to screen for potential problems before they become emergencies.  As a result, the use of pharmaceuticals and other cutting edge treatments for addressing various forms of addiction are expected to skyrocket, treating both the underlying addictions and any related health concerns they may have caused, thereby chipping away at the time tested stigma of fighting addiction with prescriptions.

Still, those in the industry should proceed with caution when marshalling a long-range strategy toward the advancement of addiction treating drugs. Again, as history suggests, absence of accountability is the common thread in health care, and the moving target of regulatory focus is just as transient today in its approach to marijuana as it was in 1885 when the American pharmaceutical company Parke-Davis sold cocaine cigarettes, powder and injections as an alternative to food, or in 1895 when the German pharmaceutical company known as Bayer introduced diacetylmorphine as an over-the-counter product more commonly known as Heroin.  In 1935, hospitals and pharmaceuticals collided when 55 hospital workers took Benzadrine, an amphetamine, in a scientific study.  Even the “low-calorie martini,” also known as MDMA, was the subject of scientific research in 1976 Berkeley, California, 69 years after the state banned marijuana as a poison, and 30 years before the drug’s resurgence in popularity with the added benefits of legal protection.

In many ways, the ACA seems to have tucked itself between a rock and a hard place when attempting to differentiate between classes of treatment.  In 2011, the pharmaceutical industry spent close to $50 billion on research and development industry-wide.  At the same time, this $50 billion enterprise has begun to face state and federal scrutiny as the cause or solution for what has been described as epic distribution of marijuana on a national level, while small distributors continue to spread like weeds in pop up shacks along Venice Beach and in shopping malls across the country.  And yet, if history has any say in the matter, the far reaching vision of the ACA could make it a matter of time before a patient is able to pick up both his anti-addiction meds and his weekend stash at the local CVS or Walgreens.